1.75 Million Children Are Missing School in Syria — But This Woman Wants to Fix That – by Katie Dallas

As numerous reports attest to — the refugee crisis is likely the worst humanitarian crisis of our time. The news is rife with images of people fleeing conflict in water-logged rafts, overcrowded into camps, and waiting at border lines.

Yet what has been greatly under-reported is the devastating impact mass displacement has had on the very real threat to the future stability of the world: the education crisis.

The numbers underline the gravity of the situation: only 50 percent of refugee children have access to primary education, compared with a global average of more than 90 percent, according to a UNHCR report last year.

And as the students get older, the gap becomes a chasm. “At the higher education level, just one percent of refugees attend university, compared to a global average of 34 percent.”

Higher education is firmly linked to increased opportunity, strengthen economic development and safer communities — making it vitally important in places of conflict. Most critically it offers young people hope toward a better future.

Which is why Global Citizen is partnering (alongside seven other organizations) with the Institute of International Education (IIE) in their new initiative: the IIE Platform for Education in Emergencies Response (IIE-PEER). IIE-PEER is an online clearinghouse specifically built to connect displaced Syrian students with opportunities to continue their education in safety around the world.

One student who very much understands the importance of this program is Nour Mounajed. Nour qualified to be one of only 15 women selected for the “100 Syrian Women, 10,000 Syrian Lives” program led by Jusoor and IIE (so called for the estimated multiplication effect that supporting 100 women through their education will have on their communities), and has spent the last year working on a  Masters degree at Harvard University.

Not only that, but Nour’s chosen subject, as a mother of three who witnessed the devastating impact of war on her home country of Syria is: education.

Global Citizen caught up with Nour to find out how the past year had gone, what she was planning to do with her degree and her hopes for the future.

How long have you been in the US? And when did you leave Syria?

I’ve been in the States for seven months — I left Syria in 2012 from Damascus.

The main reason I left was because of the kids. It was becoming too stressful for me as a parent. I know many, many people are still living there and I cannot tell you how much I admire their strength for doing that every day.

At one point, things calmed down a little bit in Damascus — they’ve been up and down but at least the year we spent, which was in 2012, there were quite a few times that were really scary.

For example, the kids would take the bus on their way to school and there’d be a huge bomb, and it took 20 minutes to know if the kids made it to school or didn’t make it to school. And it became too much for me to be on my toes all the time.

And actually, many people at the time thought it would be a matter of months — no one thought it would be years. So in 2012, we made the decision to leave for a few months to Egypt — because it was cheap and easy to get a visa there — and then come back, nothing planned, nothing long-term, no big idea.

So at what point after leaving Syria did you decide to enroll for the course at Harvard?

Well I’d actually already been accepted onto the program at Harvard and was looking for a way to fund my studies. And then found out about this scholarship, “100 Syrian Women, 10,000 Syrian Lives.”

Fifteen women were sponsored in the 2016 program and I was one of them. And every year they’re planning to sponsor more women.

It felt amazing, as getting accepted to study and then being faced with the possibility of not being able to take up the offer was really frustrating.

And I certainly do not regret having taken the opportunity. I have had an amazing experience and learnt so much. I’ve also met so many exciting and amazing people — not something that happens often. Harvard is a great place and you get to have great experiences but what I think what makes Harvard truly special is the kind of people you come into contact with, this variety of ideas and backgrounds and experiences is really enriching — just talking to people is amazing,

Although it was not an easy decision, to decide to only come for one year. All the upheaval has been difficult for my kids. We’ve had many changes over the recent years.

Why did you elect to study education?

Around 2% of all humanitarian aid is directed to education. And I completely understand that life, food, and shelter come before education in those situations. Even for parents who are living in conflict settings, your priority is not that they get an education, your first priority is for them to be safe so you’re afraid to send your kid to school as you’re worried whether they will come back or not.

But the thing is when you have conflicts that are more and more protracted and last on average for 17 years, some of the kids spend their entire childhood in conflict situations. So you have to find solutions for these people.

For me, what makes it sadder is that, we were very proud of high literacy rates in Syria before the crisis. Moving from that situation where — at least the official numbers say — that 98% of all primary age children were enrolled in school, to a situation where you have only 50% of the kids in school, it’s heartbreaking

Those kids are the ones who will be rebuilding Syria and that’s what makes it more personal and meaningful for me to study education.

And what specifically in education are you studying?

So the program I am on is called Technology, Innovation and Education, which, in a nutshell, explores how technology and media are used to advance education. Plus I have a background in computer science so that program is of relevance to my previous experience.

When thinking about the refugee crisis and refugee education and knowing that there are millions of refugees in neighboring countries with limited capacities unable to attend school due to logistical and practical barriers, I thought that technology might be a way to surpass those barriers.

Although, of course, as often happens when you study, I have surprised myself by being drawn to a slightly different topic outside of tech — yet still connected to education

What is that topic?

I took a course in the fall called Education in Armed Conflict with Sarah Dryden-Peterson. I took it as an elective because it’s actually not one of the modules on the technology course. And I found it fascinating.

It really changed the way I thought about conflict and the role of education in conflict settings. We always tend to think that education solves problems and it’s enough to educate kids to ensure their future. Yet this course introduced new ideas, for example that sometimes education is at the root of the problem of the conflict.

And you must ask certain questions “What is being taught?” “Who is being excluded?” “Who is teaching?” Plus the challenges of providing education to marginalized populations who have absolutely no opportunity of doing anything with that education they are getting.

All of these things I’d never thought about previously. There were quite a few ideas that changed the way I thought about all of this

So what will your next steps be with your degree?

My interest is definitely in working on finding solutions for children in conflict settings. However, precisely how I will do that I have not fully made up my mind yet. I’m developing ideas that I want to take further and am interning with USAID ECCN (Education in Conflict and Crisis).

The last five years have been full of uncertainty for us. Having three kids being uprooted all the time is exhausting. So my priority is having something stable. Knowing that I’m staying in this particular place for at least three to five years and knowing what I’m doing.

While we were in Egypt, every year we weren’t sure if we were staying or not. So stability is my priority, in terms of location, job, everything.

Does the currently suspended executive order factor into how you think about you and your family’s future?

I am here on a Lebanese passport through my husband, so am not directly affected by the executive order. On the first iteration of the travel ban I was at risk because people with dual nationalities in the banned countries were restricted to enter the US.

However I am all Syrian. That is who I am. So it still affects me.

That said I’ve only felt welcome during my stay here. I’ve never at any point felt that there’s any negative attitude towards me. But you do keep thinking ‘do I want to be in a place where I’m not wanted?’ So in that way, it does factor into my thinking.

What do you hope for the future?

For my country I dream of a day when this war stops. And the rebuilding starts. I hope for a day when refugees can make it back home. I’m aware that it’s a hard and long process and that there’s a lot to do.

Is there one thing you want our Global Citizens to take away from this interview?

For me, the war, the displacement, the uncertainty, made me feel that it’s important to have a goal and something meaningful to follow.

And I feel that many of us don’t have that when you’re safe and secure and living everyday life, you don’t have the urge to do something or to change things. And I regret it now, I feel that there were many things I could have done before, participating more in the society and the community, trying to make a difference to change the world.

So my message to readers of this interview is: try to make the change when you have the ability to make a change, don’t wait until you’re helpless and choices have been ripped away 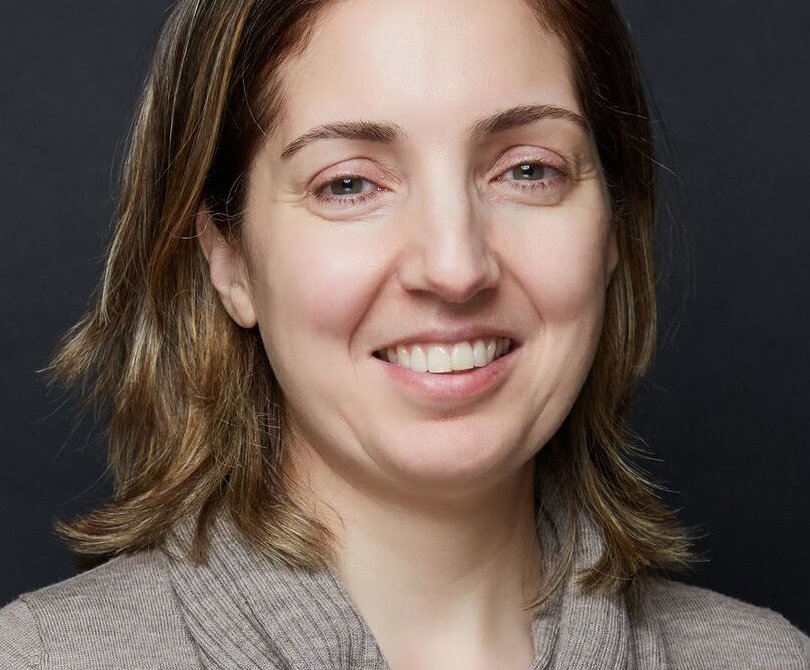