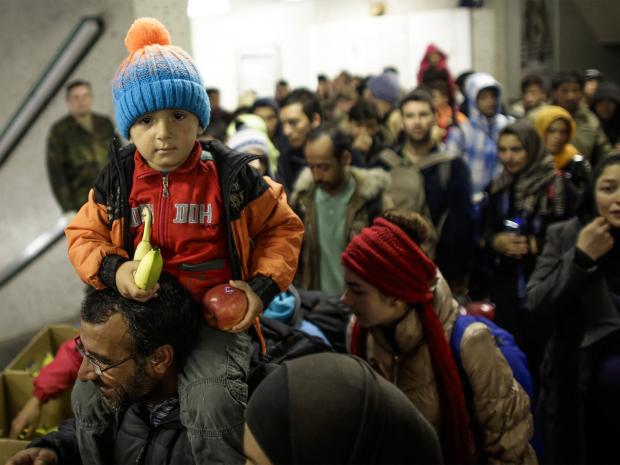 Refugees arrive by train at Schoenefeld near Berlin AP

The majority of Syrians who have fled to Europe think President Bashar al-Assad is a greater threat than than Isis, a survey shows.

The survey, conducted by researchers from the Berlin Social Science Center, asked 889 Syrian refugees living in Germany various questions, such as why they left Syria, what it would take for them to return, and what the international community should do.

It is reportedly the first survey of Syrian refugees in Europe.

Multiple answers were allowed for most questions.

Here is what the study found:

Most left Syria because of the war 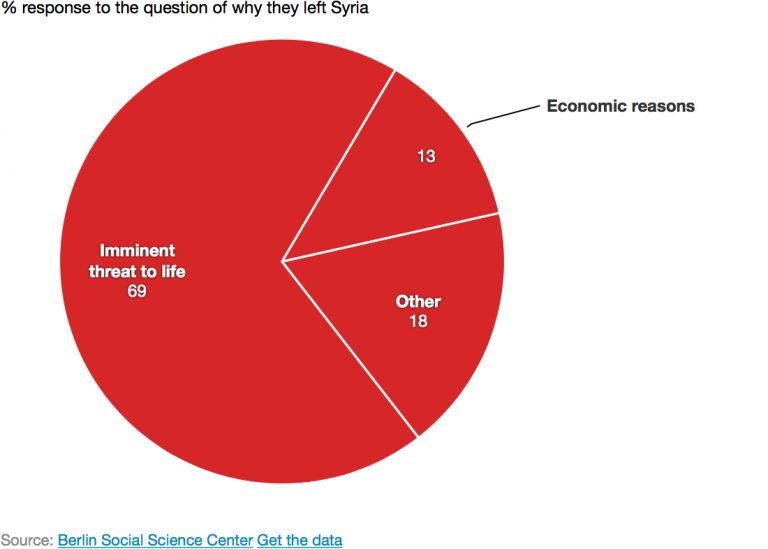 Contrary to many newspaper headlines, most Syrians entering Europe are refugees fleeing war, rather than migrants looking for better economic conditions.

Nearly all want to return 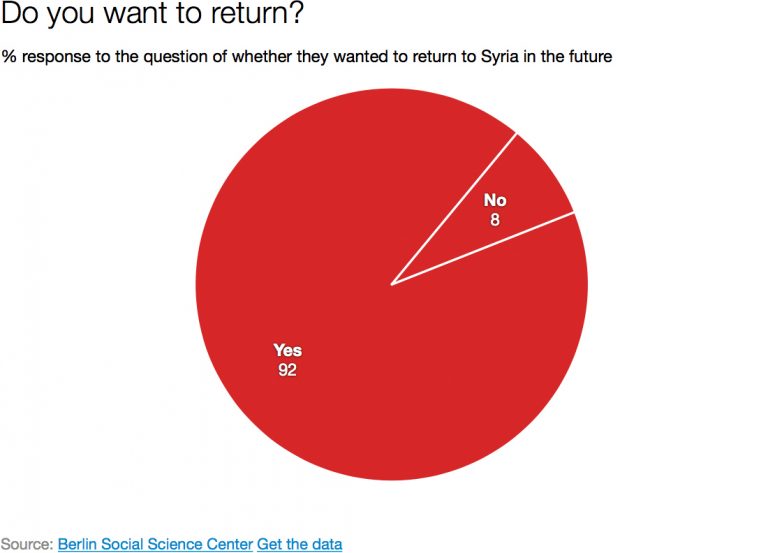 Nearly all Syrians want to return to Syria in the future, only eight per cent said they wanted to stay in Europe.

More Syrians are fleeing from President Assad than Isis 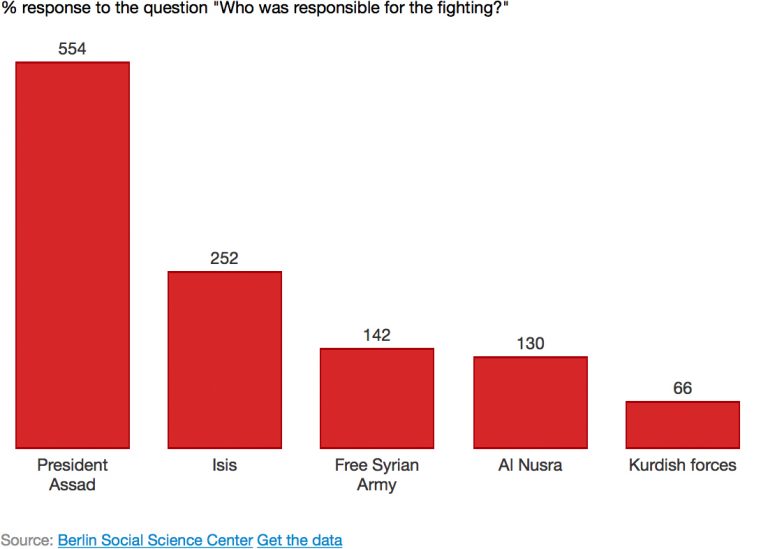 More Syrians said they fled because of President Assad than Isis.

The Syrian Network for Human Rights has recently claimed that Syrian government forces are responsible for more civilian deaths than Isis.

Most feared kidnap or arrest 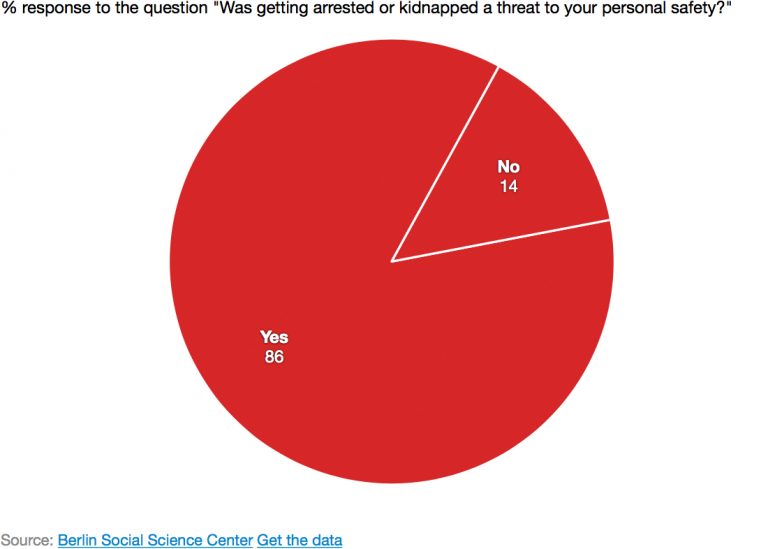 Of those asked, 86 per cent said they feared arrest or kidnap. 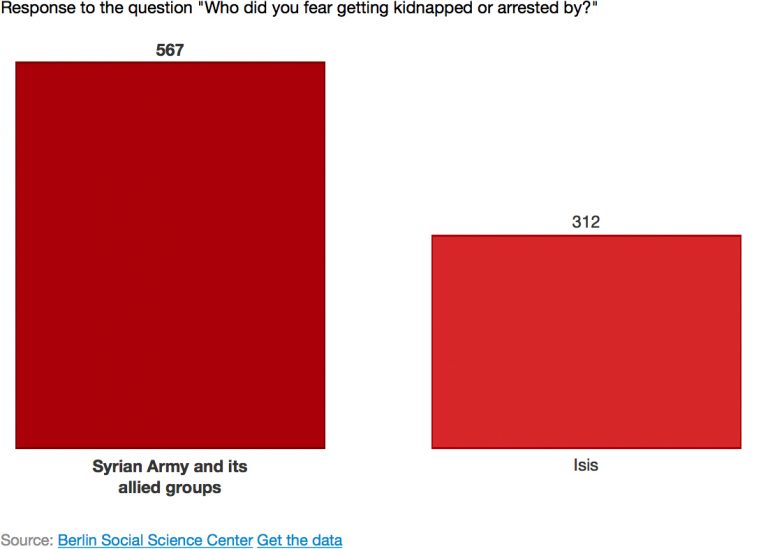 Of those fearing arrest or kidnap, more feared detention by President Assad’s government than Isis. 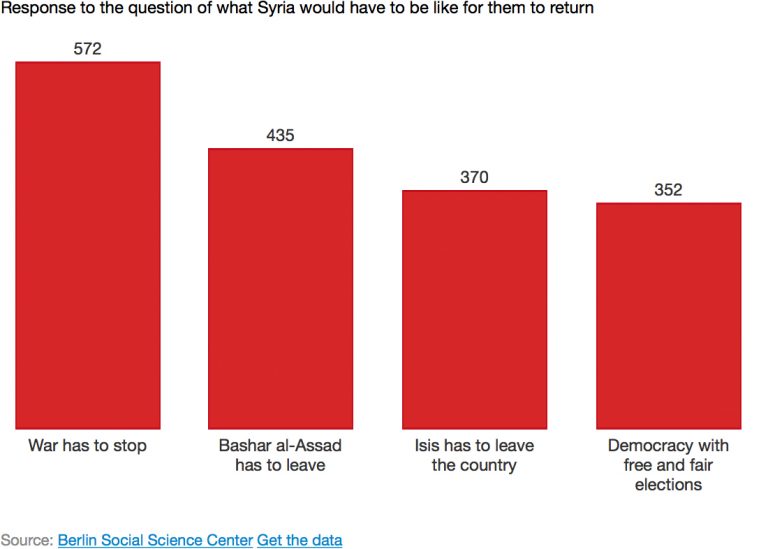 The majority of Syrians, 52 per cent, say they will not go back while President Assad is still in power.

This complicates the situation, as Russian military jets have intervened in Syria against military groups, effectively on the side of the Assad regime.

Mr Obama has urged a political transition to replace President Assad but Mr Putin has warned it would be a mistake to abandon the current government. 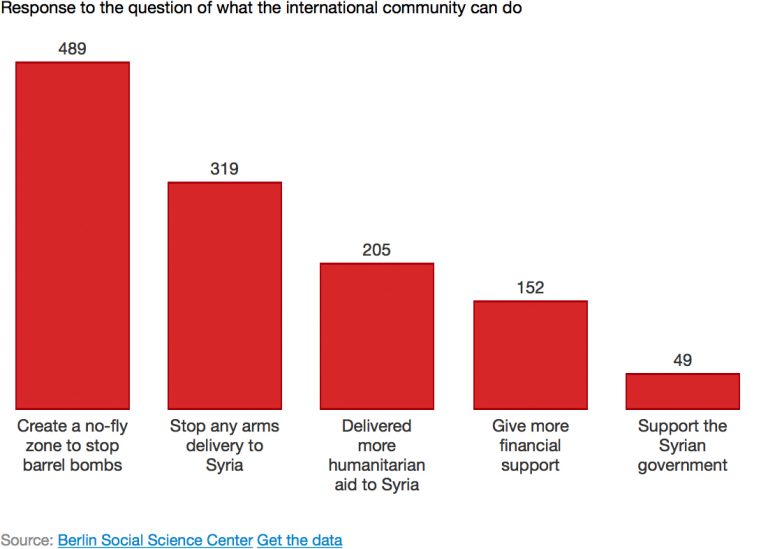 A majority of Syrians said a no-fly zone would allow more people to stay in the country. Less than a quarter said more international aid would help people stay. 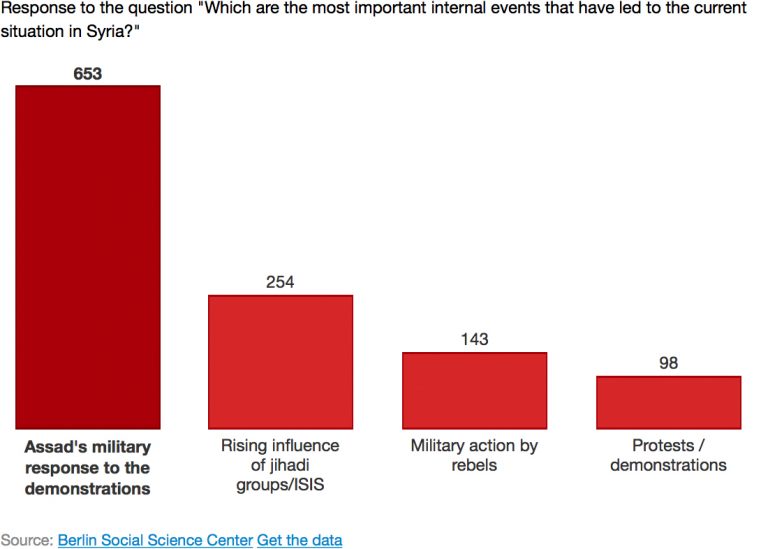 The majority of Syrians say President Assad’s military respones to peaceful demonstrations in 2011 is the leading cause of the conflict today.

The Syrian civil war started in 2011 in the context of the Arab Spring protests. It has since escalated to a fully-fledged armed conflict.