A Chilling Message for Syrian Activists in Turkey – by Dominique Soguel 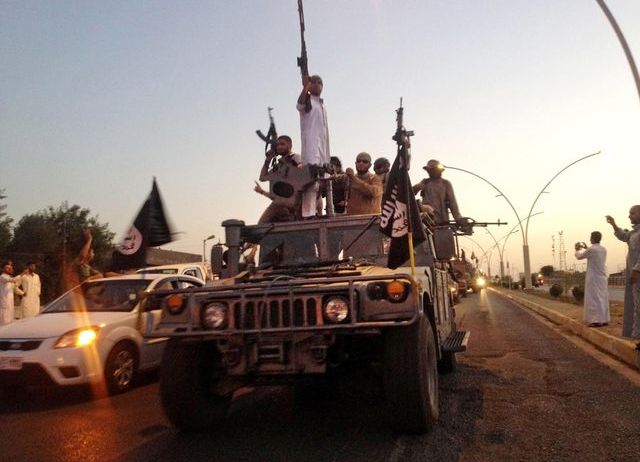 Naji Jerf, who was assassinated Sunday in broad daylight, would be the third citizen journalist to have been targeted by Islamic State on Turkish soil. Each murder seems to have been calculated attempt to frighten other activists away from publishing on ISIS abuses

ISTANBUL — The assassination of Syrian journalist Naji Jerf in the southern Turkish city of Gaziantep was designed to devastate as much as to intimidate – delivering to his community of activists and citizen journalists a bitter blow and a chillingly clear message: You are not safe in Turkey.

“They knew whom to target – they targeted someone to cause pain to all of us, someone close to all of us,” says Kadar Sheikhmous, a Syrian Kurdish activist, who like thousands of other refugees engaged in political, humanitarian or media work has made a home in Gaziantep. “Men and women cried at the funeral. We all cried.”

Jerf was shot dead on Sunday in broad daylight while waiting for a taxi after grabbing lunch for his wife and two young daughters at the Van Restaurant, according to friends. He was standing just outside the Ozur Plaza, a mall that was converted into office space for organizations working on Syria. By most accounts, a masked gunman shot him twice and fled in an unlicensed vehicle.

The choice of target, like the location, appears to have been carefully calculated.

Jerf was the editor of the monthly Hentah newspaper and had recently produced a film on activists killed by Islamic State militants in the Syrian city of Aleppo between 2013 and 2014. He was also a vocal critic of the Syrian regime of President Bashar al-Assad, and had helped train hundreds of citizen journalists across his war-torn nation.

But while no formal claim of responsibility has yet to emerge in his killing, most suspect the self-styled Islamic State. If confirmed, this would mark the group’s third assassination of a Syrian journalist on Turkish soil, in a campaign aimed at silencing those who disseminate any information about the terrorist network, no matter where they reside.

“They wanted to steal the hope that civil society and independent nonviolent activists give,” adds Sheikhmous. “It means they are more afraid of the camera than of the guns. Extremists can reach all of us because we are not faceless but they are. They hide behind masks … because they know how ugly their faces are.”

Islamic State recently claimed the slaying of two Syrian journalists – Ibrahim Abdel Qader and Fares Hamadi – in the southeastern city of Sanliurfa. The pair were affiliated with the network « Raqqa is Being Slaughtered Silently, » which documents IS activities and abuses in the capital of IS’s so-called “caliphate.”

Since then, activists along the Turkish border with Syria have been extra cautious, especially those focused on IS.

« Syrian journalists who have fled to Turkey for their safety are not safe at all, » said Sherif Mansour, Middle East and North Africa program coordinator for the Committee to Protect Journalists. « We call on Turkish authorities to bring the killers of Naji Jerf to justice swiftly and transparently, and to step up measures to protect all Syrian journalists on Turkish soil. »

Of 69 journalists killed because of their work in 2015, 40 percent died at the hands of Islamic militant groups such as al-Qaida or IS, according to a CPJ report published Tuesday. More than two-thirds of the journalists killed between Jan. 1 and Dec. 23 were singled out for murder, and more than half received threats before they were killed.

Alladdin Zayat, another friend of Jerf, says the journalist used to “receive threats over Skype every day or every other day” and that there had been previous attempts on his life. Jerf had recently secured asylum in France for him and his family. His death fell just on the eve of his departure, and they had already held his farewell party.

“A lot of people are scared because that means we are all targets,” says Assaad al-Achi, general director of Baytna Syria, a civil society group.

Rami Jarrah, co-founder of Ana Press, which covers Syrian news, says the latest assassination is a setback to efforts to raise awareness and accelerate the media war against IS. A growing number of people, he notes, are now hesitant to move forward on their projects.

“This is definitely a message,” added Mr. Jarrah, speaking from Aleppo. “IS is isolated and has been totally banished from being labeled as part of the opposition to Assad, any work that further amplifies IS’s differences with the rest of the opposition and comes from the opposition is a red line for the group. Naji’s work was an example of such.”

This article was originally published by the Christian Science Monitor and is reprinted here with permission.