A Future in Code: Building Life Skills in Syria – by Liza Ramrayka

Motivated by a desire to rebuild Syria’s devastated economy, enterprising young women in the war-torn country are turning to tech to help others of their generation find employment – and better futures.

FOR THE PAST five years, 22-year-old Syrian student Leen Darwish has seen her country ruined by bombings, battles and one of the biggest population displacements in modern history. But determined to help rebuild the nation’s economy for her fellow young people, Darwish – a computer science undergraduate at the University of Damascus – has launched an award-winning, Arabic-language app to help young people in Syria, and beyond, learn to code.

Just six months since its launch, Darwish’s Remmaz app already has over 500 active users learning to code, design websites and develop apps (application programs) on the platform she and her business partner started developing while they were second-year university students. Their aim is to create an accessible, Arabic online learning MOOC (massive open online course) to address the lack of non-English programming resources available to Arab communities, particularly young people looking for employment in conflict-scarred Syria.

Darwish and her team are in the process of crunching the data to find out more about Remmaz’s users. However, they already know that most are based in Morocco and aged between 20 and 23 – university-age students looking for work opportunities, she suggests.

“Remmaz is a startup whose mission is to make an evolution in online learning about programming in the Arab world, to empower people to learn about cutting-edge technology tools through Arabic content, in an easy and accessible way, to let them be qualified for a job opportunity in one of the highest-paid jobs – programming,” says Darwish.

The conflict in Syria has created 5 million refugees and internally displaced a further 13.5 million residents – a total of 18.5 million people forced from their homes in a country that, before the conflict began, had a population of 23 million. Secondary education has dropped by 44 percent, causing an estimated economic loss of over $10 billion – equivalent to nearly 18 percent of the national GDP.

Darwish launched Remmaz after attending a three-week training course in December 2015, supported by the UNFPA’s Innovation Fund, on how to start and manage a small business. She initially heard about the course through her startup incubator. Having developed her idea, she was keen to gain some commercial skills and make contacts.

“I began my startup when I was in the second year of university, so I lacked business knowledge and entrepreneurship culture,” she says, speaking from her adopted city of Damascus; she left her home town of Harasta when the conflict made it untenable for her family to remain there. “This program was a great opportunity, as the mentors and trainers have 20 years of real experience in this field, which was really important for me.”

People taking part in the UNFPA (United Nations Population Fund) program, run in partnership with local NGOs, ranged from 22 to 30 years of age and came from different ethnic groups and regions. Like Darwish, they had been displaced by the conflict in Syria. Nearly 200 people applied for 28 places; 20 of the 28 were women.

Through lectures, workshops and mentoring, participants were supported as they worked to fine-tune their plans and develop their tech-based small businesses. Delivered by enterprise experts, the training covered marketing, accounting, business planning, communications and leadership skills.

At the end of the course, 17 projects were chosen for further UNFPA support. Along with Remmaz, they included computer maintenance, after-school programs and online computer games. More recently, Remmaz won an entrepreneurship competition for Syrian startups, taking a $15,000 prize that will go towards expanding the app, says Darwish. 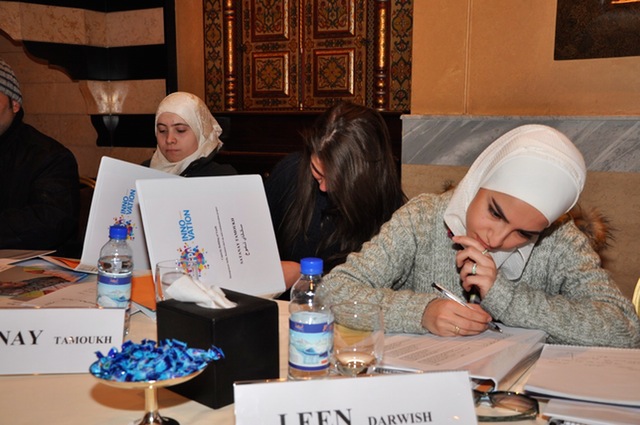 Bruce Campbell, UNFPA global coordinator for the organization’s Data for Development platform, says the program helps “to improve the resilience of Syrian young people by supporting them with critical life skills and strengthening their ability to cope with difficult circumstances.”

But he acknowledges that the program has had its challenges, from the high volume of applicants to the limited ability to travel throughout the country, making it difficult to expand the project. 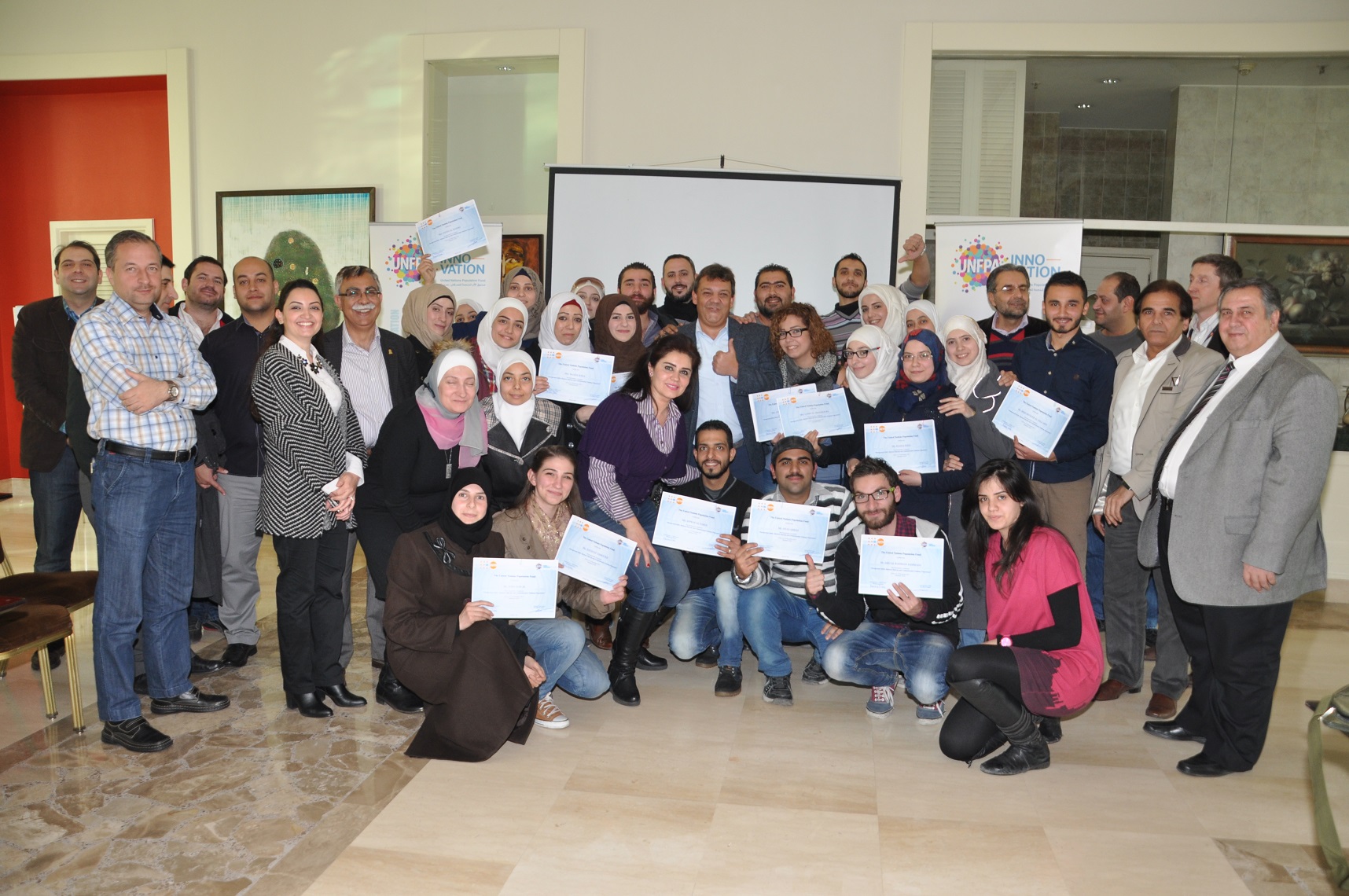 Of the 28 students on the UNFPA’s startup training course, 20 were women. (UNFPA Syria/Ghassan Ahmad)

Based on the innovation program’s success in Damascus, UNFPA has since rolled out the training to two more Syrian governorates, Homs and Tartous. Campbell hopes it will continue to scale up in Syria, with the ambition of rolling out the program over two years.

“The program encourages young people to submit projects jointly, supporting them to become comfortable working together across ethnic divisions,” he says. “For example, it would not be uncommon to see young people from Aleppo sending textiles to youth in Tartous, and young people from Tartous sending IT equipment to counterparts in Aleppo.”

After graduation this summer, Darwish plans to take a master’s degree in artificial intelligence and organize “hackathons” in collaboration with UNFPA and Damascus Girl Geeks. But she remains focused on her vision for Syria. “Big businesses are closing and the problems we are facing only young people can solve,” she says. “The need for startups and entrepreneurship culture is really essential for Syria.”

Liza Ramrayka is a freelance social justice journalist based in San Francisco. A feature writer and commissioning editor from the UK, her work has appeared in The Guardian and The Times.