A sarcastic response to Syria’s militants – By Mike Thomson 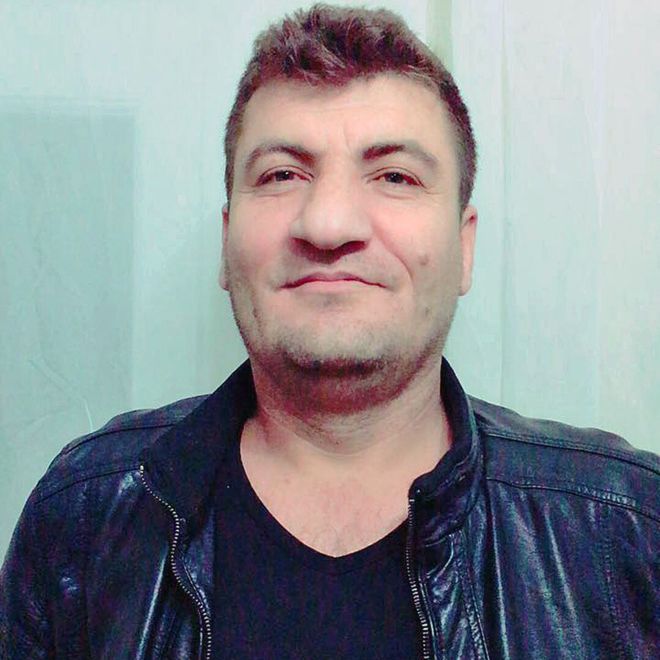 It takes a special kind of person to run a radio station in an area controlled by Islamist militants in northern Syria. Music is forbidden, so are women presenters. But Raed Fares – manager of Radio Fresh FM – has come up with a creative response to the militants’ demands.

It is mid-day and almost time for the latest news from Radio Fresh FM in the rebel-held province of Idlib, in north west Syria.

Suddenly the airwaves are filled with assorted sounds of tweeting birds, clucking chickens and bleating goats. As the newsreader gets under way, the cacophony continues beneath his voice.

You might be forgiven for thinking that this is some sort of farming bulletin. It’s not. It’s simply that the station’s manager, Raed Fares, has had enough of being told what to do by the powerful jihadist group, Jabhat Fateh al-Sham or JFS – which until last July was linked to al-Qaeda and known as the al-Nusra Front.

« They tried to force us to stop playing music on air, » says Fares. « So we started to play animals in the background as a kind of sarcastic gesture against them. »

In what appear to be further acts of sarcastic sabotage aimed at JFS’s ban on music, Radio Fresh FM has introduced long sequences of bongs from London’s Big Ben clock, endless ticking sounds, ringing explosions and the whistle of shells flying through the air.

And instead of songs with melodies, the station now plays recordings of tuneless chanting football fans.

Fares has been getting involved in confrontations of one kind or another for years now.

He took part in hundreds of demonstrations against Syrian President Bashar Assad’s regime at the beginning of the uprising in 2011 and continues to see it as the biggest enemy. Many of his friends were killed or imprisoned, as the authorities responded with increasing violence. 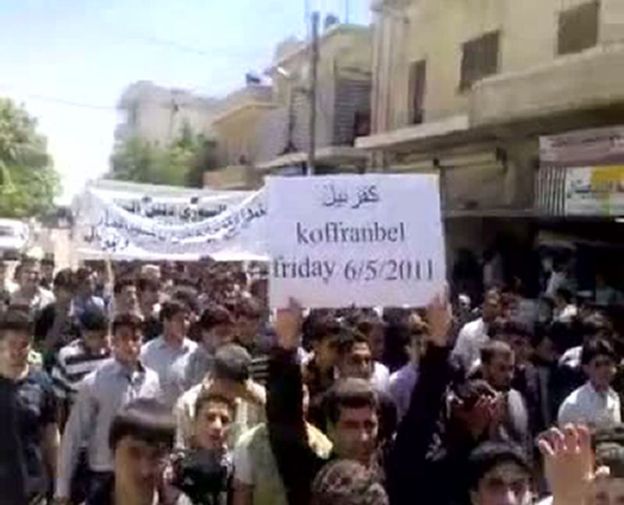 Then came the threats from fighters of the so called Islamic State. Like JFS, they said the station’s music was haram, or offensive to Islam. Believing this to be totally wrong, Fares ignored the threats and carried on as before, but nearly paid with his life.

Just over three years ago, when the 44-year-old former estate agent arrived home in the early hours of the morning, after finishing work at the radio station, two IS gunmen with Kalashnikovs were waiting for him. They fired a barrage of shots, leaving more than a dozen holes in his car, even more in the wall behind, and two in the right side of his body. These shattered several bones in his shoulder and ribs, as well as puncturing his right lung.

Fares was left lying in a pool of blood and only narrowly survived after being rushed to hospital by his brother.

« I still have trouble breathing, » he later said, « but my doctor says my lungs should be no problem because of the size of my nose. »

It’s not that surprising that IS doesn’t like Fares. After all, he did once design a poster depicting Syria as an alien with a monster called ISIS exploding out of its chest. The group has since been pushed out of Idlib province.

President Assad, though, is his favourite target. He once got his friends to drape themselves in shrouds and then filmed them staggering out of graves calling for Assad to step down, as if even the dead want him gone. He posted it online and it was played on a number of Arabic television stations.

Humour, it seems, is never far from the surface with Raed Fares. Take his response to another of JFS’s demands, to get rid of women news readers – who are also haram, they say.

Has he, I ask him, agreed to swap them for men?

« No, I have another solution for that issue. We simply put their voices through a computer software program which makes them sound like men. »

Though having heard the resulting broadcasts, I would say the women now sound closer to Daleks or robots than men. 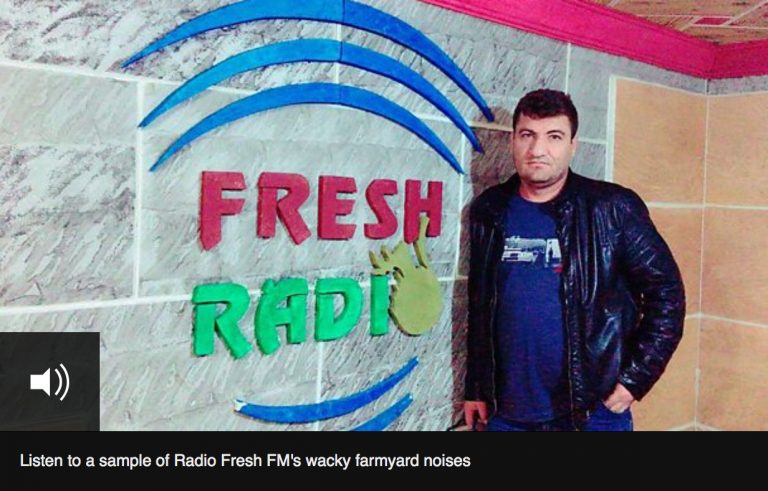 The feisty 6ft 2in station manager has also refused JFS’s demands to allow their members into the radio station to monitor the behaviour of his staff.

« We said ‘No,' » he says. « You have to monitor the transmissions, not what people are doing inside the radio station. »

JFS are not the only extremist rebels in the area. There are about a dozen others, and even though some of the biggest factions have recently been forming new alliances, this still makes the area chaotic to govern.

There is little more than two hours of mains electricity a day, water supplies are limited and food increasingly expensive in a region flooded with 700,000 refugees from elsewhere in the country.

The fact that Fares’s dispute with JFS has continued for so long is evidence that the group is a little more tolerant than IS. But as a family man with three children is he not worried that sooner or later one of these jihadist groups will kill him?

« They’ve tried that five times already, » he says. « If it happens, it happens. But they haven’t succeeded yet. I try to survive, but if I can’t, it’s OK. »

He tells me that the lowest point in his life came when one of his closest friends was killed and another severely injured by a bomb last summer. Fares admits that he nearly took his own life in the days that followed. But now, he says, he is more determined than ever to carry on.

« We started the revolution together and were all aware that we faced the same risks, » he says. « That means that my life isn’t more expensive than my friends who lost their lives. »