Abdul-Aziz Khayir Was Abducted by Regime Due to His Popularity: Wife – by Zaman al-Wasl (opposition website) 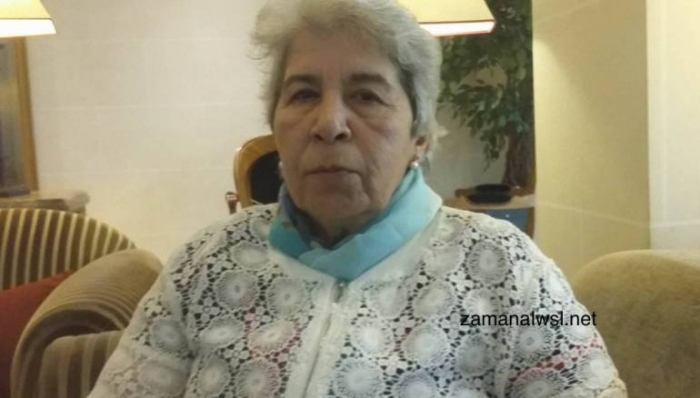 Missing Alawite dissident was a threat to the Assad regime due to his popularity and efforts to push forward a political solution, wife tells Zaman al-Wasl

Fadwa Mahmoud, wife of the veteran opposition figure Abdul Aziz al-Khayir who was kidnapped along with two colleagues four years ago by regime security, said her husband’s abduction was because of his popularity as a prominent Alawite figure in Syria.

In September 2012, Khayir was detained after returning from China where he represented the National Coordination Committee for Democratic Change (NCC).

The NCC voiced concerns about convening their National Rescue Conference in Damascus following Khayir’s disappearance. In response, Russia, Iran, and China guaranteed the safety of the participants, assuring them that they will not be harmed, Mahmoud told Zaman al-Wasl.

“When Abdul Aziz came from China, they detained him with his colleague from the airport. They also detained my ex-husband, Maher al-Tahan, who was receiving them at the airport,” she recalled.

“The conference was held and attended by the Russian Ambassador to Damascus. I was also there and I said to the ambassador that he is responsible for the detention of Abdul Aziz, Maher and Ilyas,” she added.

Mahmoud continued: “He responded that they are working to release him, but the regime’s Minister of Media Omran al-Zouabi said the three are not detained by regime security, but by Islamist groups who kidnapped them. I went to the Russian Embassy and met with the Russian Ambassador and he said he shares my worries.”

Regarding the reason behind the kidnapping of her husband, she said: “the regime does not believe in a peaceful political solution. Abdul Aziz believes in one.”

« I do not rule out that he was detained so he would not be a powerful and consensual Alawite figure that might draw many from the Alawite sect towards a political solution. The regime might have tried to compromise with Abdul Aziz to change his stance and that’s why they probably did not release him.”