Bags and Belongings: A Pack of Cards and Five Photos – by Sean O’Neill

In the fifth installment of our “Bags and Belongings” series, we meet Thair Orfali, a university graduate from Damascus who took a boat to Italy on one of the world’s deadliest sea routes.

In the fifth installment of our “Bags and Belongings” series, in which we ask refugees what they packed in their bags and what they left behind, we meet Thair Orfali from Damascus. He was the only person to pack a first aid kit on his boat from Alexandria, Egypt, to Italy. Naturally, people came to refer to him as “the doctor.”

Read the first, second, third and fourth installments of the “Bags and Belongings” series. 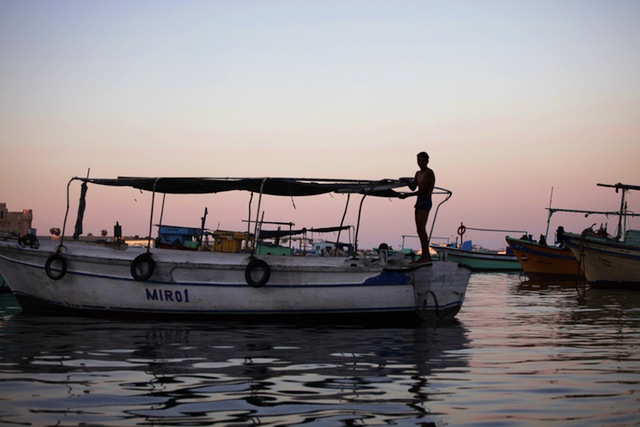 The harbour of Alexandria, Egypt, from where Thair and many other desperate asylum seekers have taken treacherous journeys through the central Mediterranean, the deadliest sea passage in the world, to reach Italy. AP/Nariman El-Mofty

You had to jump from the raft to the boat. You couldn’t do that with a large bag weighing you down. [I took] two bottles of water, 1.5 liters (half a gallon) each, a first aid kit, a bag of dates, honey, a sleeping bag, an airplane pillow, a necklace, a bracelet from Kenya, five photos of family members, a deck of Uno cards, 400 euros ($425) and a mobile phone. The water, sleeping bag, dates, honey, euros and first aid kit were practical necessities. 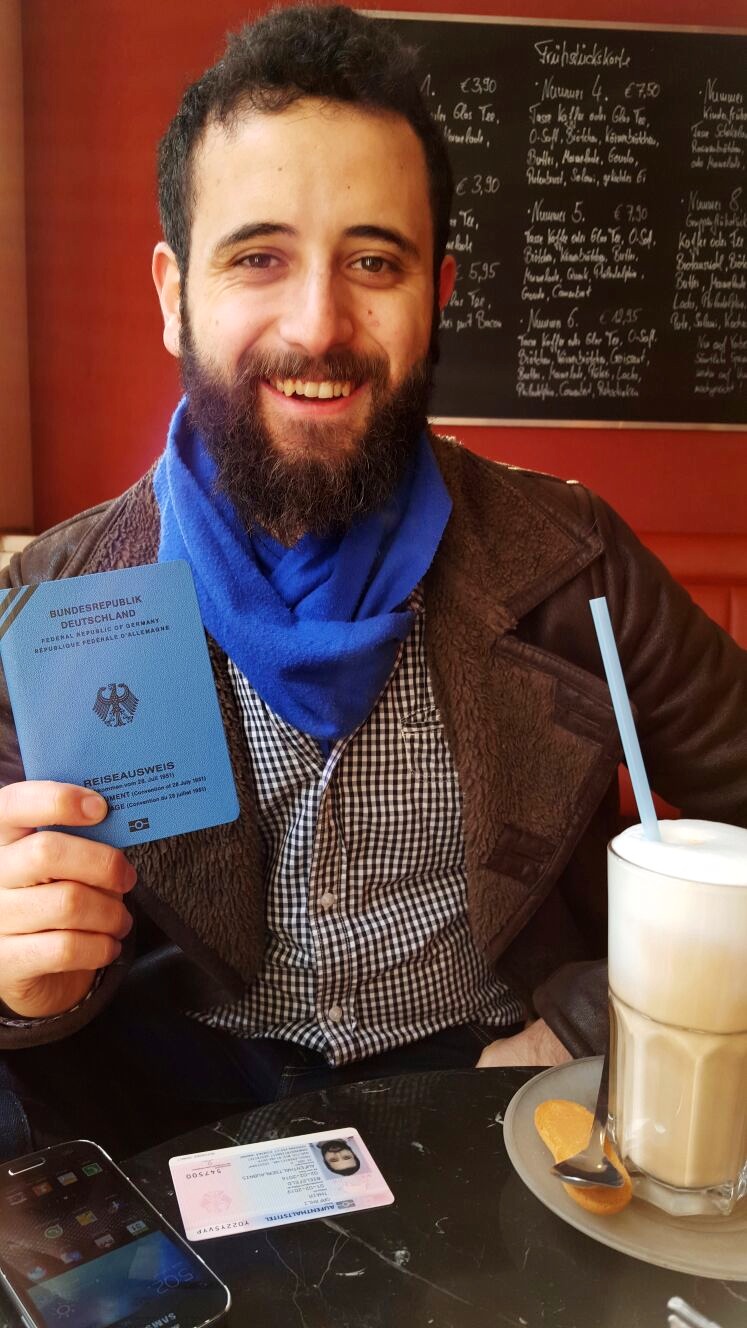 Thair Orfali, from Damascus, is among the fortunate ones to reach Germany and receive asylum. He now lives in Berlin. (Cord Bruggman)

A man offered me 500 euros for the sleeping bag. I said, “Sorry, no.” It was freezing at night on the open sea.

The dates are easy to carry and have a lot of sugar. They give you energy when you have nothing to eat. Everyone brought dates. The pillow was a gift from an Italian friend, the necklace, also from a friend, and the bracelet from an ex-girlfriend.

I prayed to God for safety, but you can’t pray all day. The Uno cards helped pass the time. I played constantly with other passengers despite being teased: “What is wrong with you? We might die here and you are playing cards?”

I left behind clothes, a television, more money … I retrieved some through a German friend, some I gifted to friends in Egypt.

And then there was the letter to my family should I have died at sea. Thankfully it was never delivered and has since been ripped up. Honestly, I can’t tell you what I wrote.

There were also five photos of my mother, sisters, brothers, which I managed to take from Syria. There wasn’t much to take from Egypt, because most had already been lost in Syria, when my family home was destroyed by a government bomb.

I had a box in my childhood bedroom, with my journals and letters from friends and family photos. I wish I could have taken that.

I have no photos of my father [who passed away]. We had photos of my parents and grandparents when they were young. They are gone, too.

They’ve broken the history of Syria and of my family. The photos we had, remembering when we were together … No, I don’t want to think about it.