Three-day festival at Art Gallery of Ontario aims to raise awareness about agony and hardships faced by millions of people caught up in Syrian crisis.

Lives torn apart by war. A surgeon’s heroic efforts to help the victims. The struggles of women forced into exile.

As Canada gets ready to welcome 25,000 Syrian refugees, one local Syrian-Canadian and his friends are trying to raise awareness about the agony and hardships faced by millions of people caught up in the crisis with the launch of the Syria Film Festival this weekend at the Art Gallery of Ontario.

The idea behind the festival is to engage and inform Canadians about the conflict and the suffering of Syrians whether inside the country or as refugees in other countries, explains Maher Azem, a network engineer at Shaw Communications who came to Canada in 2005 as an international student and completed a master’s degree in engineering and computer networks at Ryerson University.

“With the film festival we’re hoping to raise more awareness about the Syrian struggle, while focusing on refugees through the films we will be screening,” Azem says. “We realized that art and film in general would be the most effective platform to achieve our goal in conveying the aspiration and struggles of the Syrian people and at the same time bridge the gap between Canadians and the Syrian culture.”

This isn’t the first time Azem has mounted an event designed to capture the pain and distress of Syrian refugees. Azem, 32, helped organize a 2012 children’s art showdepicting the horrors of war. Azem and others also staged a number of protests in the GTA as the civil war in Syria raged on. 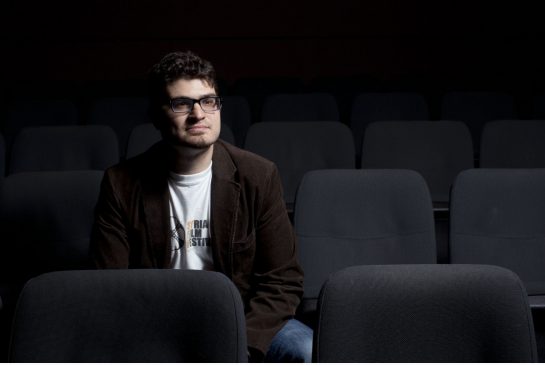 Maher Azem, one of the organizers of the Syria Film Festival running at the Art Gallery of Ontario this weekend, said they are hoping to raise awareness about the Syrian struggle and the plight of refugees. 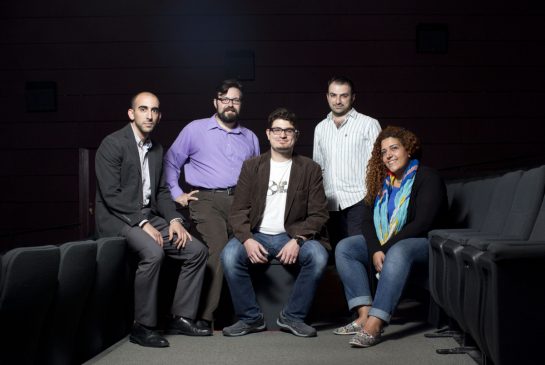 But protesting wasn’t enough. Azem wanted to do more. So, late last year he came up with the idea of mounting the Syria Film Festival to draw attention to the war in his former homeland which has contributed to the largest refugee crisis since the Second World War.

Azem hopes the three-day festival — which begins Friday — will not only shed light on the political situation in Syria itself, but also bring much-needed understanding to the plight of refugees. Films to be screened include: Growing Home, about a Syrian barber in the Zaatari refugee camp in Jordan; Queens of Syria, about 50 Syrian women in exile in Jordan who perform a version of Euripides’ Greek tragedy The Trojan Women; Not Who We Are, a documentary about five Syrian women in Lebanon; and Syria50 Feet FromSyria, a documentary about a successful Syrian-American surgeon who leaves his home to help victims of the Syrian uprising.

“We want to convey to Canadians that among Syrians we have intellectuals, we have talented people, we have filmmakers, we have a beautiful heritage,” says Azem.

Azem also wants the film festival to act as a springboard for more projects — both cultural and political — to help Syrians abroad, as well as to bridge the gap between Canadians and refugees as they settle here. He believes resettlement of Syrians in the GTA will be a challenge — one the Syrian community won’t be able to deal with alone.

The Syrian community in the GTA is small — estimates range between 20,000 and 30,000 — with another major pocket of Syrians in Montreal. But insiders say the community here in the GTA is diverse, disparate and fragmented. Some are Christian, some Muslim. They live all across the region, not settling in any one neighbourhood or community, but rather choosing to settle where family or friends from back home are living. Nor is there one voice that speaks for the community here. 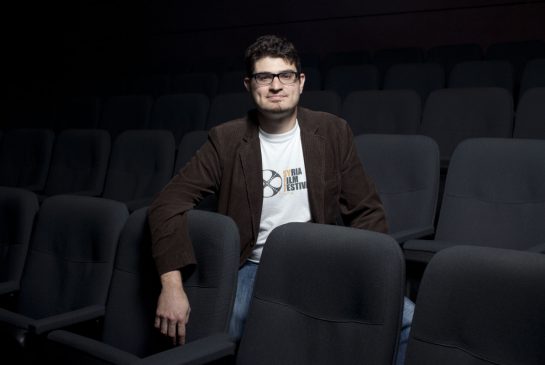 Maher Azem, one of the organizers of the Syrian Film Festival says they are hoping the festival will raise more awareness of teh Syrian struggle.

“There’s no doubt that the community here is gripped with the political situation over there and somewhat polarized,” says Omar Alghabra, the newly elected MP for Mississauga Centre, who came to Canada from Damascus in 1989 as a student. “There are various competing narratives about what’s happening.”

Some here believe the Assad regime is fighting terrorism and the Islamic State is the cause of all the turmoil in Syria, he explains, and that ISIS is a byproduct of a western geopolitical conspiracy to destabilize Syria. Another political interpretation is that there is a geopolitical western conspiracy to back Assad and keep him in power, despite the massive uprising by locals. And a third theory is that the Islamic State is a byproduct of the Syrian regime to make themselves look good, Alghabra explains.

These disparate interpretations make for a highly volatile political atmosphere within the community. But most agree on one thing — the importance of bringing Syrians to Canada. “I think morally and philosophically the (Syrian) community is eager to welcome their friends, neighbours and family members,” says Alghabra.

“There’s no doubt, from what I’m seeing in their activism, they’re keen on seeing their ancestral-home families coming here. I think there is a level of moral commitment and enthusiasm about seeing this happen. But realistically, because so many of them are new to Canada, they’ll require help to absorb and integrate new arrivals.”

That’s what Azem hopes the Syria Film Festival will do — galvanize Canadians and Syrians alike — to step up and help the newcomers.