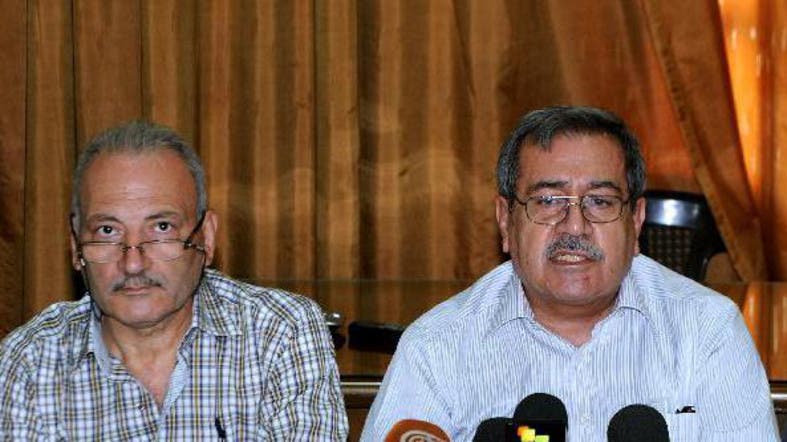 Top NCCDC official Nasser “was arrested on Wednesday” in the Baramkeh district in the heart of Damascus by a security patrol, party chief Hassan Abdel Azim told AFP.

Abdel Azim said he does not know the reasons behind Nasser’s arrest.

But, he added, both he and Nasser were preparing to travel to Geneva to meet with Russian Foreign Minister Sergei Lavrov.

“We have been invited by the Russian ambassador in Damascus to meet with Lavrov on November 26 in Geneva,” Abdel Azim said.

Key Damascus ally Russia is doubling its efforts to ensure a peace conference dubbed Geneva II is held in mid-December.

Such a conference would bring regime and opposition representatives to the negotiating table, in a bid to end a brutal war that has killed 120,000 people in Syria since March 2011.

Another NCCDC member, Abdel Aziz Khair, has been in detention since September 2012.