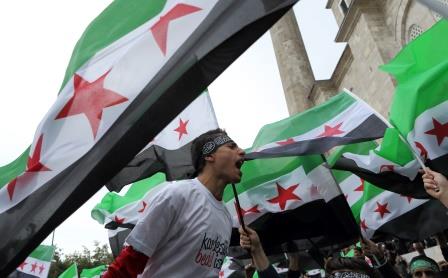 The Syrian revolt, which has disintegrated into a bloody attrition war, has been largely viewed as that of a majority Sunni population trying to depose a regime belonging to the minority Alawite sect. While this view may present a partially true explanation, it fails to explain why the involvement of different Sunni regions in the revolt varied to a large extent and the rising gap between the anti-Assad urbanites on the one hand and the armed militants on the other. It further fails to account for the wide diversity within the rebellion camp and the hostilities among the mushrooming opposition groups.

The present paper looks at the different social and regional constellations within Syrian society: urban dwellers, provincial inhabitants, tribes, and most notably the immigrants from the countryside to the slums on the outskirts of major cities. It argues that militarising the revolt, which began as a reaction to the heavy handed oppression of the regime, has brought the rifts between these various groups into the open and set the Syrian revolt into a class of its own compared to the other revolts in the Arab world. More important, militarising the revolt has enabled the marginalised immigrants to take the lead in the fight against the regime. The leading role of the marginals has already left a huge impact on the course of events and will play a major role in shaping the socio- political scene of post-Assad Syria.

The Arab Reform Initiative is the leading Arab think tank founded on the principles of impartiality, social justice and diversity. Our mission is to promote an agenda for democratic change through policy analysis and research, while providing a platform for inspirational voices.