Islamist groups fighting in Syria have influenced events far outside the Middle Eastern country. In the first installment of our “Experts to Watch” series, meet eight top experts who can help make sense of Syria’s Islamist groups.

FIVE YEARS INTO the Syrian conflict, armed Islamist groups such as the so-called Islamic State, Jabhat al-Nusra and Ahrar al-Sham have come to play a title role in the war and in daily life in many parts of the country. The emergence and development of these factions – which vary widely in size and strength – have not only influenced the course of the conflict, but impacted events far outside Syria’s borders.

A historian, journalist and political analyst, Sami Moubayed is known for rigorous scholarship and sharp analysis of the history and politics of his native Syria. Moubayed is the author of several books, covering topics ranging from midcentury Syrian politics to the bilateral relation between Damascus and Washington. His most recent book, “Under The Black Flag,” provides an inside account of ISIS’ rise and ideology. Moubayed is the founder of the Damascus History Foundation and SyrianHistory.com, the first online museum on the topic. He’s a former visiting scholar at the Carnegie Endowment for International Peace and a research fellow at St. Andrews University in Scotland. He tweets at @smoubayed.

Charles Lister’s 2015 book “The Syrian Jihad” meticulously chronicles the evolution of the insurgency in Syria by outlining the rise, development and rivalries of different armed factions operating in the country, including jihadist organizations like ISIS and Jabhat al-Nusra. Lister is the former head of Middle East and North Africa analysis at IHS Jane’s Terrorism and Insurgency Centre, a former visiting fellow at the Brookings Doha Center and now works at the Middle East Institute. He’s also a senior consultant for the Shaikh Group’s Syria Track II Initiative. He’s on Twitter at @Charles_Lister.

As the first-ever U.S. special representative to Muslim communities, Farah Pandith traveled to 80 countries in just five years on a mission to engage with Muslim communities. She focused on getting to know young people in those communities, and trying to understand what appeal extremist groups may hold for some of them. Today, Pandith is an adjunct senior fellow at the Council on Foreign Relations and a senior fellow at Harvard University’s Kennedy School of Government. She’s working on a book about extremism and efforts to counter violent extremists. “Extremists have attempted to shape every possible part of the cultural ecosystem surrounding young Muslims. They seek to make the extremist mindset the new normal,” she wrote in an op-ed for the New York Times. “To stop extremist recruiting, we must get serious about destroying the ideological extremist narratives.” She’s on Twitter at @Farah_Pandith.

Romain Caillet is considered one of the top French experts on jihadism, Salafism and ISIS. Caillet converted to Islam at the age of 20 and spent several years living in the Middle East studying Arabic and Islam. He is a frequent commentator in French media and is working on a PhD at the Institut français du Proche-Orient that looks at Salafism by focusing on the emigration of young French Muslims to a “land of Islam.” Caillet tweets in French at @romaincaillet.

French-Lebanese journalist Mona Alami has done extensive research on radical Islamist movements in Palestinian refugee camps, Salafi movements, Hezbollah and al-Qaida. She’s a nonresident fellow at the Atlantic Council’s Rafik Hariri Center for the Middle East and a frequent commentator on political and economic issues in the Arab world, ranging from Lebanese politicsto the battle for Aleppo. She’s on Twitter at @monaalami.

Jacob Olidort is widely seen as one of the most prominent experts on Salafism and the role the theological tradition plays for jihadist groups like ISIS. “An ‘Islamic’ state of the kind that I.S. is currently pursuing cannot be as successful amid today’s regional context without the reference to the unique originalism, textualism and sectarianism of Salafism,” Olidort recently wrote. Olidort has spentnearly two years in the Middle East, living in countries like Jordan and the UAE. He’s a Soref fellow at the Washington Institute for Near East Policy and also teaches at the Elliott School of International Affairs at the George Washington University. He’s on Twitter at @jolidort.

Take a look at Olidort’s recent lecture on Salafism and ISIS:

Aaron Zelin is a well-known researcher and frequent commentator on global jihadist groups. As the Richard Borrow fellow at the Washington Institute for Near East Policy and the Rena and Sami David fellow at the International Centre for the Study of Radicalisation and Political Violence, he has focused on the reaction of jihadist groups, particularly in North Africa and the Levant, to societal and political changes in the Arab world. Zelin’s also a PhD candidate at King’s College London, where he’s writing a dissertation about the history of the Tunisian jihadist movement. His personal blog, Jihadology.net, collects primary-source jihadist material. He’s also the host of the Jihadology podcast. Zelin’s on Twitter at @azelin.

Hassan Hassan, a native of Deir Ezzor, Syria, is a prominent voice on Islamist, Salafist and jihadist movements in the Middle East. His 2015 best-selling book “ISIS: Inside the Army of Terror,” coauthored with Michael Weiss, describes in detail the militant group’s history, the role of the Assad regime in its rise, its appeal to recruits and its governance strategies. Hassan is a resident fellow at the Tahrir Institute for Middle East Policy and an associate fellow at Chatham House. He’s a regular contributor to the National in Abu Dhabi and his analysis has appeared in newspapers like the New York Times and the Guardian. He’s on Twitter at @hxhassan. 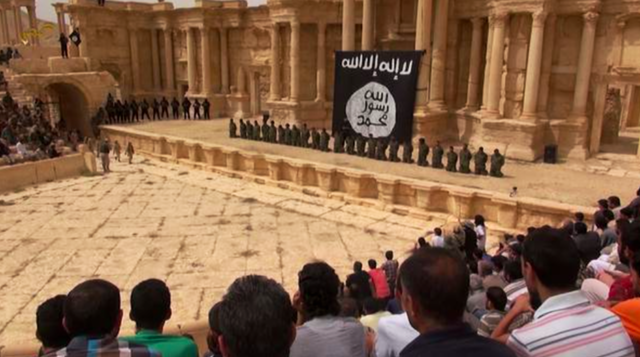