Paris : « SYRIA AND THE WORLD »: A LECTURE BY PROFESSOR MAJED

« SYRIA AND THE WORLD »: A LECTURE BY PROFESSOR MAJED

The History Department invites you to a lecture by Professor Ziad Majed, entitled « Syria and the World » on January 26 at 18:45 in C-102.

Professor Majed teaches Middle East studies and writes on Lebanese, Syrian and Arab affairs as well as on regional political transitions and crises. Since 1994, he has been involved in research work and reform campaigns related to political processes and civil society causes in Lebanon and other Arab countries. For the last five years, Majed has been publishing a weekly editorial in Arabic (in Now Lebanon) and a monthly paper in French (in different lebanese and french outlets). He is currently preparing a publication on Consociational democracy to appear soon. 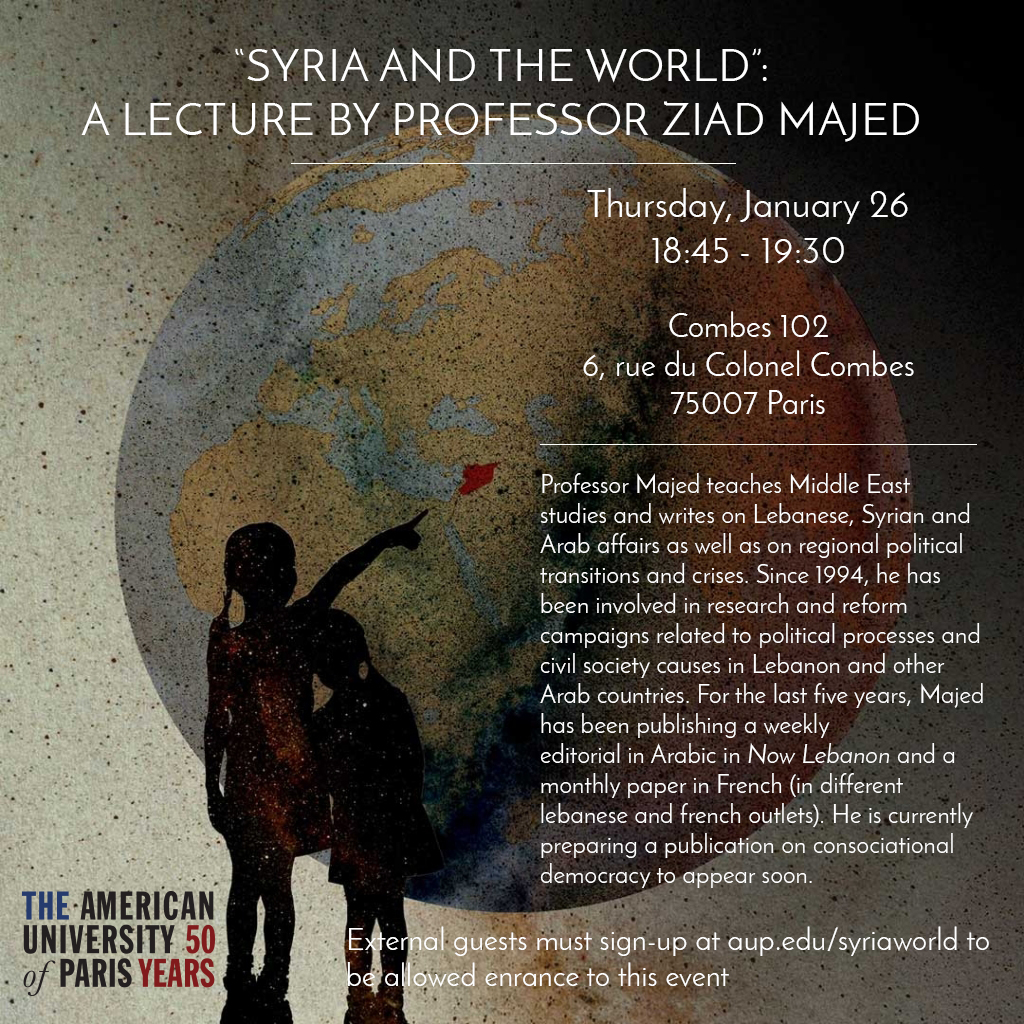