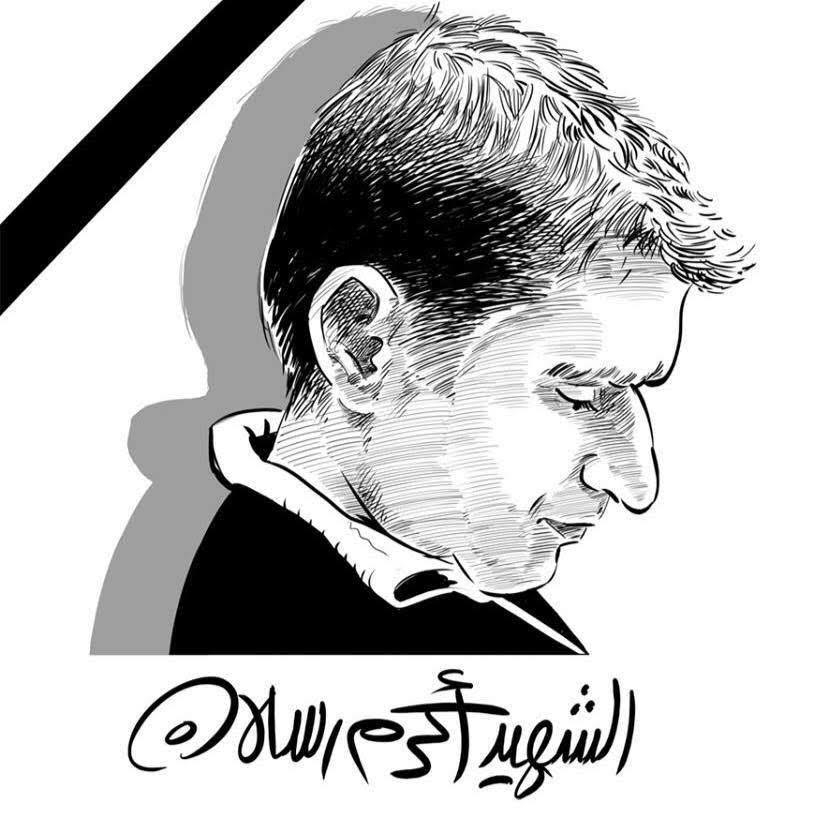 For the second time in a year, news has spread of the death of cartoonist Akram Ruslan in the regime’s prisons.

A week after writer Joan Zero established a magazine commemorating the cartoonist, Ruslan’s relatives appeared on Monday to confirm the news of his death, after being tortured in the cellars of the regime security forces since October 2013.

Syrian intelligence arrested Ruslan at his office at the al-Fedaa newspaper in the city of Hama on October 2, 2012. A year later, one of Ruslan’s fellow detainees reported his death after being subjected to torture in the Information Branch of the General Intelligence Division in the city of Damascus. But the news was not verified until relatives received confirmation Tuesday.

Ruslan is renowned as one of Syria’s bravest cartoonists, as his works directly criticized the regime and Assad. Supporting the Syrian revolution since its first days, the artist drew over 300 pieces to keep up with the revolution’s developments.

While in detention, Ruslan was the winner of the 2013 Cartoonists Rights Network International (CRNI) award for Courage in Editorial Cartooning. Joel Pett, the chairman of the network, said: “CRNI gives Akram Raslan our annual Award for Courage in Editorial Cartooning in recognition of his extraordinary courage in confronting the forces of violence with cartoons that told only the truth.”

In October 2013, a group of prominent international cartoonists signed an image of Ruslan’s, demanding his release on the first anniversary of his arrest, which coincided with the International Cartoon Festival in France.

Syrian journalist Mostafa el-Sayed recalled his relationship with Ruslan, stating: « I called him on the day of the massacre in Houla. I was in Damascus and he was in Soran. He sent me five drawings that day, accompanied by a short message: Greetings, I wish they are suitable. »

Ruslan was born in 1974 in the city of Soran, Hama province, and held a degree from the Department of Libraries, University of Damascus. He worked for a number of local and Arab newspapers and magazines.