An estimated 15,000 militants from at least 80 nations are believed to have entered Syria to help overthrow the regime of President Bashar al-Assad according the CIA and studies by ISCR and The Soufan Group. Many of these fighters are believed to have joined units that are now part of the Islamic State. Western officals are concerned about what these individuals may do upon returning to their native countries. 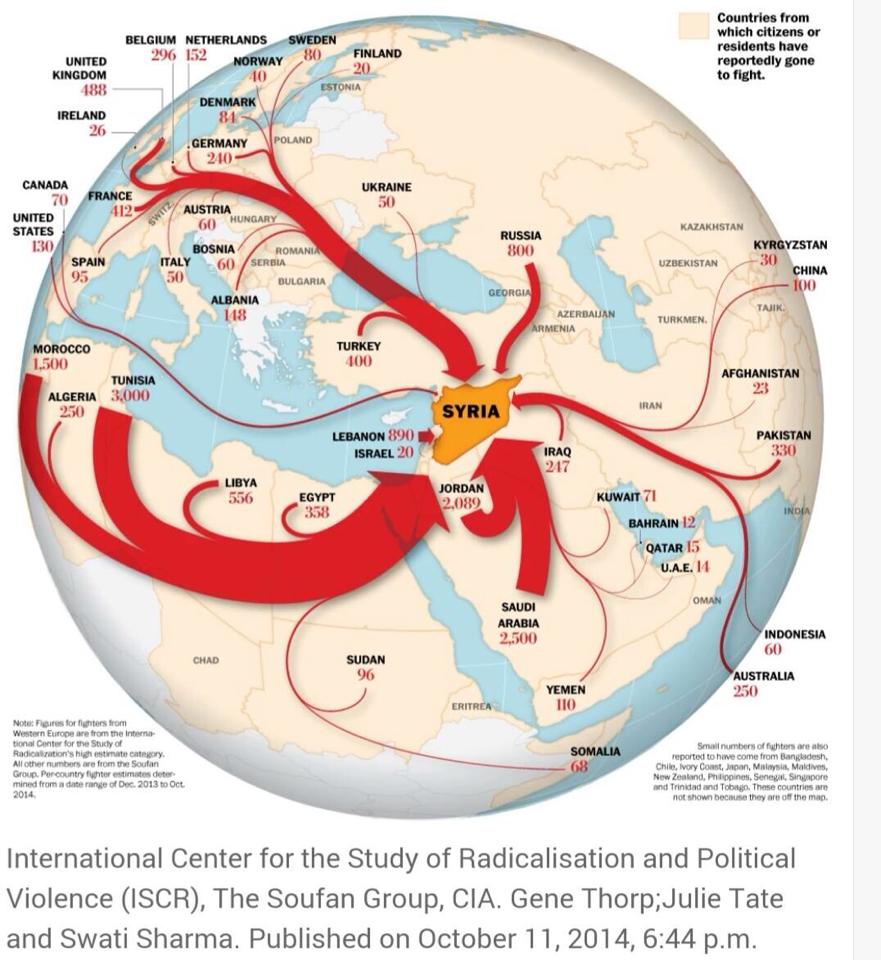