A Dutch Catholic priest was shot dead in the Syrian city of Homs earlier this month, but who was he, and what was he doing there? Bethlehem-based writer Daniel Silas Adamson pays tribute to a Jesuit who practised yoga, ran a farm and welcomed people of all faiths on mountain hikes.

No-one who knew Frans van der Lugt, the Dutch Jesuit priest murdered in Syria, was surprised by his refusal to leave the besieged city of Homs. He had spent almost 50 years in Syria and had been in Homs since the siege began more than two years ago.

The last European left inside the Old City, he was sought out by journalists and became a spokesman for the trapped and starving civilian population. « I have learned about the generosity of the Syrian people, » he told a reporter earlier this year. « If these people are suffering now I want to be in solidarity with them. As I was with these people in their good times, I am with them in their pain. »

You know, I don’t really like religions – I believe in the spiritual experience that is the source of faith”

A few years ago, I met Frans at the residence in Homs where, on 7 April, he was taken into the garden by a masked gunman and shot in the head. We were introduced by Paolo dall Oglio, an Italian priest who also spent his life in Syria and has not been seen or heard of since he was kidnapped by Islamist rebels in Raqqa in July 2013.

In many ways the two men were similar. Both were Jesuits. Both spoke fluent Arabic and considered Syria home. Both had been shaped by the ideals of internationalism and social justice that influenced the Catholic Church in the 1960s. In Syria, far from the rigid hierarchies of the Vatican, Frans and Paolo each found the freedom to pursue an unorthodox vision of what it meant to be a Catholic priest.

But they responded in radically different ways to the challenge of serving a dwindling Christian community in a predominantly Muslim country. 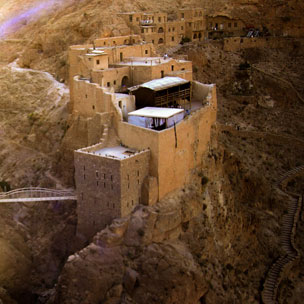 Paolo built on the bedrock of Syrian Christianity – desert monasticism. In the 1980s he found a ruined Byzantine monastery in the mountains some 80km (50 miles) north of Damascus and slowly restored it to life. Deir Mar Musa, as the monastery was called in Arabic, had been founded before Islam and only abandoned in the mid-19th Century.

For Paolo, it was witness to centuries of coexistence between Christians and Muslims and was, for that reason, an ideal place from which to promote friendship across lines of religious difference. He received thousands of Muslim guests at Deir Mar Musa, always making clear that they were welcome to eat, to sleep, and to pray at the monastery. Often he would show them the frescoes in the church, pointing out the 12th Century painting of Abraham (for Muslims, the Prophet Ibrahim) that covered the west wall.

« I believe in traditions, and the oriental tradition is rich and full of value, » Paolo told me as we drove from Deir Mar Musa to meet Frans in Homs. « Fourteen centuries of common life between Christians and Muslims is not something to be cast aside lightly. » 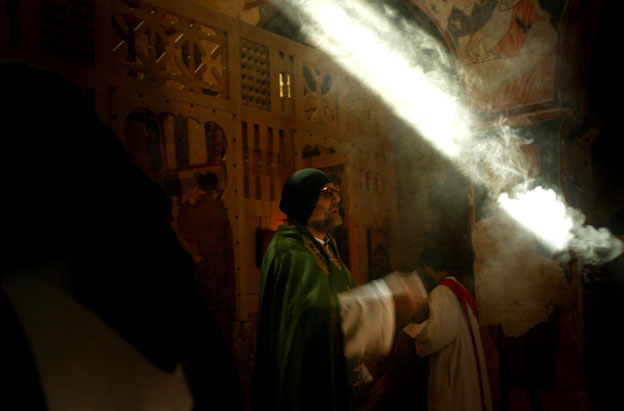 In the early 1990s, while Paolo was rebuilding his monastery in the desert, Frans was given a few acres of flat agricultural land about 15km south-west of Homs. He called it al-Ard – the earth – and he used it to create a spiritual centre that had no precedent in Syria.

The dirt track that led from the main road to al-Ard ran between olive groves and vineyards. Frans didn’t use weed-killers or pesticides and there were wild flowers everywhere. In the centre of the land was a vegetable garden where perhaps a dozen people, many of them children or teenagers with disabilities, were weeding and watering the red earth.

Each morning Frans made a circuit of the nearby villages in his old VW van, collecting these young people from their families and bringing them to the farm. In a culture where people with disabilities are often hidden away in shame, Frans was creating a space where they could work together as part of « a community that values everybody ». 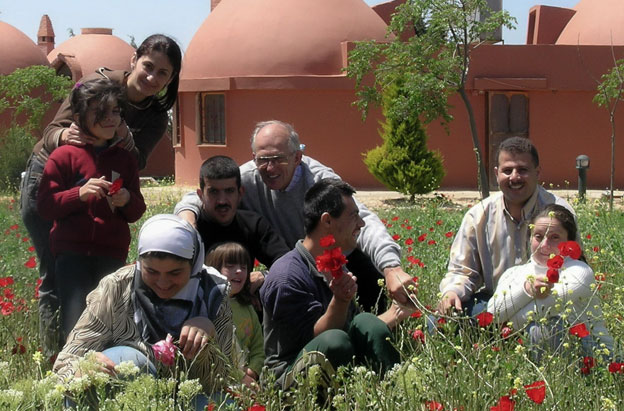 Some of these people needed patient, full-time support. Others, with less severe disabilities or mental health problems, were employed in the vineyards that made al-Ard economically sustainable.

The work was shared by the volunteers who lived on the farm and by those – of all faiths – who visited for spiritual retreats led by Frans.

Sceptical about initiatives that emphasised theological common ground, Frans rarely mentioned the Abrahamic roots shared by Syria’s Christians and Muslims. If anything, he looked beyond monotheism entirely. He was a serious student of Zen Buddhism and sat in silent meditation every morning. He also taught meditation and yoga in a quiet, light-filled space, neither church nor mosque, that he built at the heart of al-Ard. « For me, » he said, « it is important to start from the human meeting. Not to start with religion. » 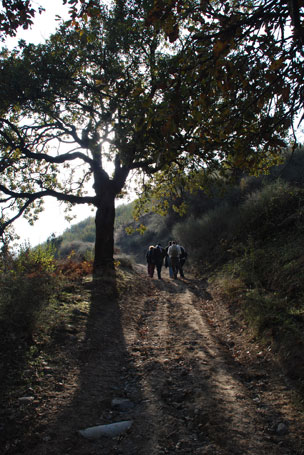 That lack of dogmatism may have been one of the things that drew young people to Frans. In 1980 he began walking through the Jebal Ansariya, the mountains that rise from Syria’s Mediterranean coast, with students from his parish. Almost 30 years later, already in his 70s, Frans was still leading an annual eight-day hike across the country, followed by as many as 200 or 300 young Syrians – Christian and Muslim, Druze and Alawite. Though he was reluctant to ascribe any particular purpose to the walks, Frans acknowledged that they had become something special.

Working on the land, sitting in silence, walking across the countryside. For Frans, these basic human experiences were the most reliable way to create « a kind of unity, a human complicity, a human comprehension ». In the search for what he called « the common place of being » he had come to distrust the certainties that often accompany religious identity. Unless he was leading a service, Frans wore no outward signs of the priesthood to which he belonged and there was nothing at Al Ard that marked it out as a Christian space.

As he drove me back to Homs, Frans said: « You know, I don’t really like religions. I believe in the spiritual experience that is the source, the initial inspiration of faith. Religions are always losing that inspiration, that direct experience; then they are not in the true way. I mean, they are in the hypocrisy of speaking for the spirit with which they have lost touch. » 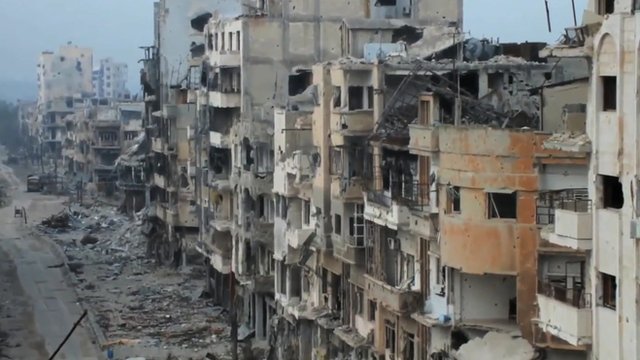 Father Frans and others describe life in besieged Homs (March 2014)

Frans, though, stayed true to his life’s work. Through the appalling siege of Homs, his devotion to the Syrian people never faltered. To the end he spoke not of Christians or Muslims but of fellow human beings struggling to survive.

« There is nothing more painful than watching mothers searching for food for their children in the streets, » he said in a video clip released in February. « We love life, we want to live. And we do not want to sink in a sea of pain and suffering. » 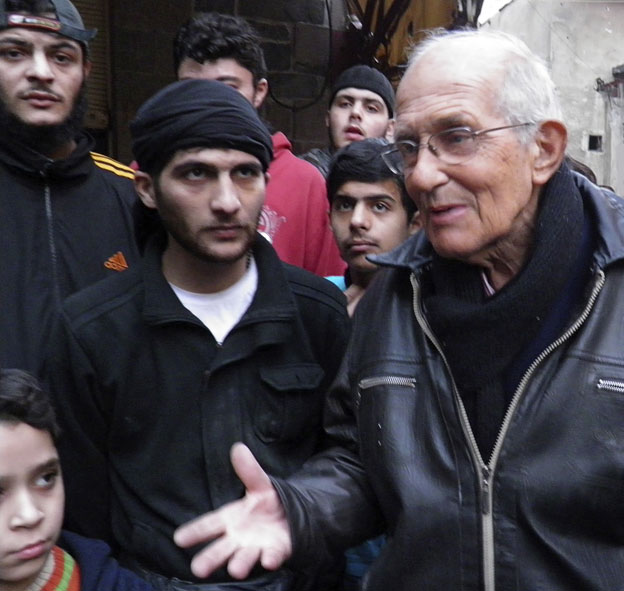