A month-long struggle between the two leading factions in the besieged suburb of Eastern Ghouta in Damascus ended last week when the parties agreed to a cease-fire. However, the dispute raises questions over the rule of Jaish al-Islam, the leading faction in the area.

On April 28 armed fighters from Failaq al-Rahman, an alliance of Free Syrian Army-affiliated groups operating in Eastern Ghouta, reportedly stormed the headquarters of Jaish al-Islam, a group of Islamist and Salafist factions also based in the besieged Damascus suburb, according to Abu Omar, a fighter from Jaish al-Islam. The month-long battle that ensued between the two factions claimed more than 500 lives, according to Reuters. 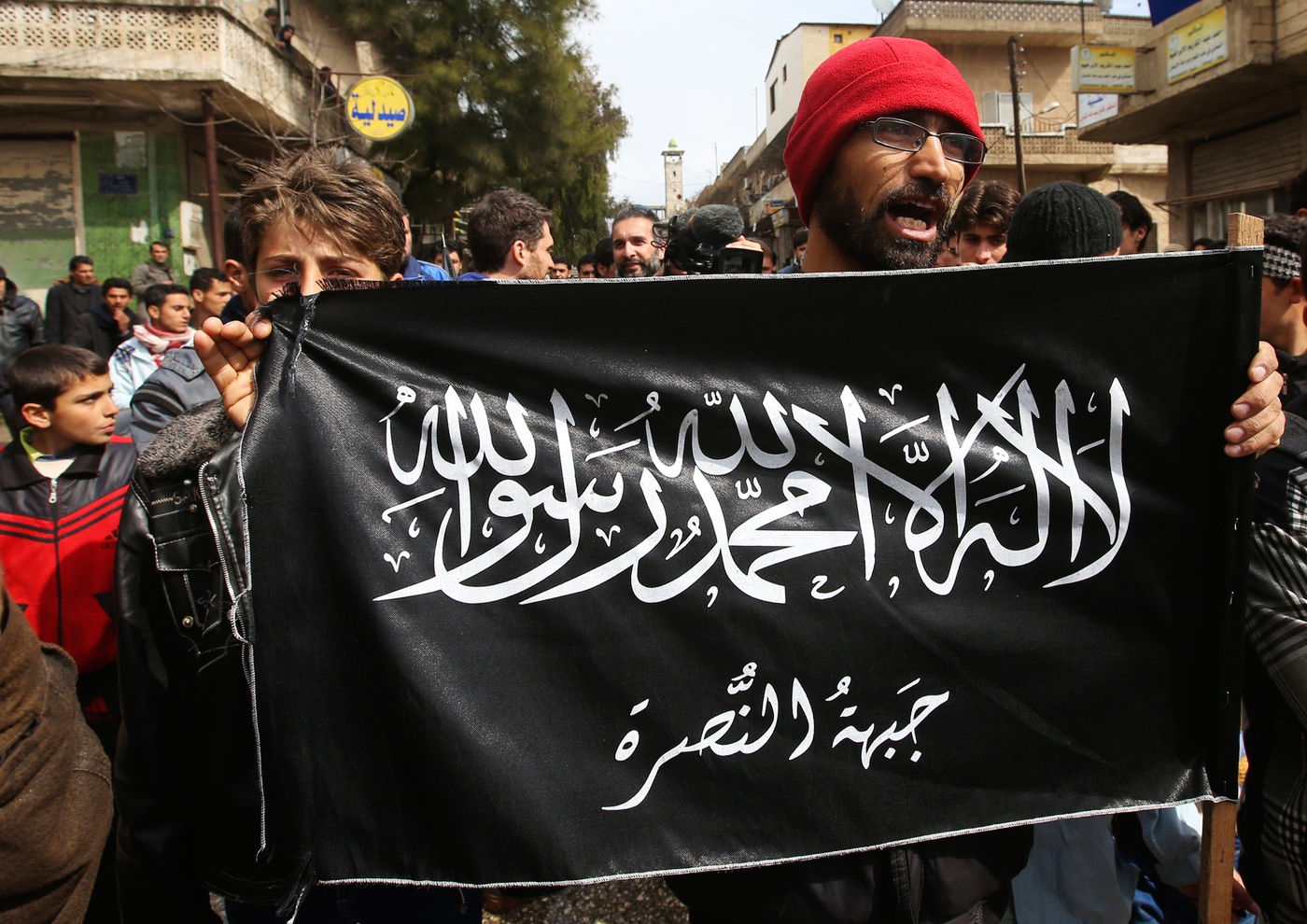 Heavy infighting between the two rebel coalitions pushed citizens to launch a desperate campaign to stop the violence, and raised questions over the dominance of the besieged district’s ruling faction.

Eastern Ghouta has been under a tight government siege since 2013. Jaish al-Islam is considered to be the dominant faction politically and militarily in the area, while Failaq al-Rahman is the second largest.

A Syrian analyst, who asked to remain anonymous because he works with groups operating in areas under Islamist control, said that the media had misrepresented the infighting as being between Jaish al-Islam and Failaq al-Rahman, which is backed by the al-Qaida-affiliated al-Nusra Front.

According to him, the truth is far more complicated. The struggle arose from the way in which Jaish al-Islam had imposed itself on the area using intimidation.

Soon after the infighting broke out, both parties launched a media war.

“Members of Failaq al-Rahman broke into a number of our residences in Zamalka and Ain Tarma and took them over and arrested four of our members,” said Abu Omar.

Abu Omar said Jaish al-Islam had called an emergency meeting that resulted in an agreement to use arms to protect the faction’s units.

“This event didn’t come out of thin air; in the period just before it, al-Nusra Front attempted to spread rumors that the days of Jaish al-Islam in Eastern Ghouta were over, as it has become a very weak faction, while Failaq al-Rahman fighters launched an assault against its headquarters in the town of Jesrine and took them over,” he said.

Following the assassination attempt on Tufour, an investigative committee was formed by locals and activists from both sides.

Syria Deeply spoke to a fighter from Failaq al-Rahman, who chose to keep his identity secret for security reasons. He said that Jaish al-Islam has been continuously trying to weaken Failaq al-Rahman’s position in Eastern Ghouta with these assassinations.

“We [Failaq al-Rahman] formed an alliance with al-Nusra Front in order to push Jaish al-Islam out of Eastern Ghouta to Duma, which put a safe distance between us and them to avoid any clashes or assaults,” the fighter said.

The infighting was met with shock and anger by locals, who condemned the groups for choosing to fight each other – infighting that government forces exploited in mid-May, capturing some 10 towns and villages in a strategic southern district of Eastern Ghouta.

Residents organized marches and held placards that read “Stop the fighting, we’re all in the same boat” and “Aleppo, forgive us, we’re killing each other.” They demanded an immediate end to the fighting and asked the opposing factions to redirect their anger toward the regime.

The demonstrations shamed the factions into reaching a settlement. Orchestrated in Qatar, a major sponsor of armed factions across the country, the two groups agreed upon a cease-fire early last week. But what started as a protest movement in the besieged area has now also led to the creation of a permanent reconciliation committee dedicated to reaching a peaceful solution to local conflict. The movement brought together respected locals from all parts of the suburb, local council representatives, tribal leaders and a delegation from rural Damascus.

The 10-member committee’s main goals were to raise awareness of the importance of unifying forces, to put an end to the bloodshed between warring factions and to inform local and international media about current events in the area.

“Jaish al-Islam’s presence in Eastern Ghouta in itself is questionable,” the analyst said, “they have been involved in a number of kidnappings and assassinations.”

The faction has been accused of kidnapping the “Douma Four” activists – Razan Zaitouneh (of the violations documentation center and local coordinating committees), her husband Wael Hamada and her two colleagues, Samira al-Khalil and Nazem Hamadi – on December 9, 2013.

The fate and location of the four activists remain unknown.

“When Jaish al-Islam headquarters were raided, documents, bills and books were discovered that revealed just how far the faction has gone in order to maintain its grip of control on Eastern Ghouta,” he said.

The group gained further notoriety when in November last year it paraded caged hostages from the Alawite sect in Eastern Ghouta in an attempt to ward off regime shelling.

Jaish al-Islam’s founder, Zahran Alloush, was released from prison in the early months of the uprising, where he was serving a sentence for an arms-related crime. He was killed in December last year by a Russian drone strike.

The faction’s rule over Ghouta did not stop with the death of Alloush, however. Al-Tawba prison, one of the most notorious detention facilities operated by the group in Eastern Ghouta, is still used as a torture facility to repress dissent.

Al-Basel Tadrous is an independent reporter and journalist from Syria. Zuhour Mahmoud is the Deputy Managing Editor of Syria Deeply.