‘I Could No Longer Bear Witness To Such Barbaric Crimes,’ Syrian Says 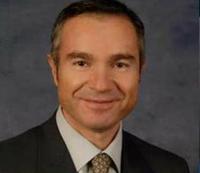 The man who has represented the interests of Syrians living in Southern California as honorary consul general there has resigned from the volunteer position. Last Friday’s massacre in Houla was « the tipping point, » Hazem Chehabi tells NPR.

The man who has represented the interests of Syrians living in Southern California as honorary consul general there has resigned from the volunteer position because he « could no longer bear witness to such barbaric crimes » by the regime of President Bashar Assad.

In a conversation with host Renee Montagne today on Morning Edition, and in an email exchange with NPR producer Amy Walters, Hazem Chehabi said the massacre of more than 100 people on Friday in the Syrian town of Houla was « a tipping point. »

He could no longer « justify remaining silent or remaining in a position that may be perceived, correctly or incorrectly, to have ties to the Syrian government, » Chehabi told Renee.

« The graphic pictures that emerged » from Houla, he added in the email to Amy, « tipped me over the edge. »

Chehabi, a friend of Syrian President Bashar Assad since they were boys, told Renee that he’s « not really sure that I can make sense of what is taking place in Syria. » Assad, said Chehabi, « has to be responsible for the action of his own government. … Either [Assad’s forces are] committing those atrocities, and therefore you’re guilty, or you’re not preventing them from happening. The buck has to stop somewhere and to me the buck stops all the way at the top. »

In his email, Chehabi also said he is « a physician first and foremost, a volunteer serving my community as honorary consul general for over 18 years. … Throughout the years, I have always been clear in all my statements; I do not represent the Syrian government, nor do I speak on its behalf. »

He has, Chehabi added, « been losing sleep over the atrocities committed in Syria and the dark future that lies ahead. »

As we’ve previously reported, Chehabi’s position as honorary consul general had sparked calls for him to step down as chair of the UC Irving Foundation.