I’m from Palmyra, and can tell you – the Assad regime is no better than Isis – by Mohamed Alkhateb 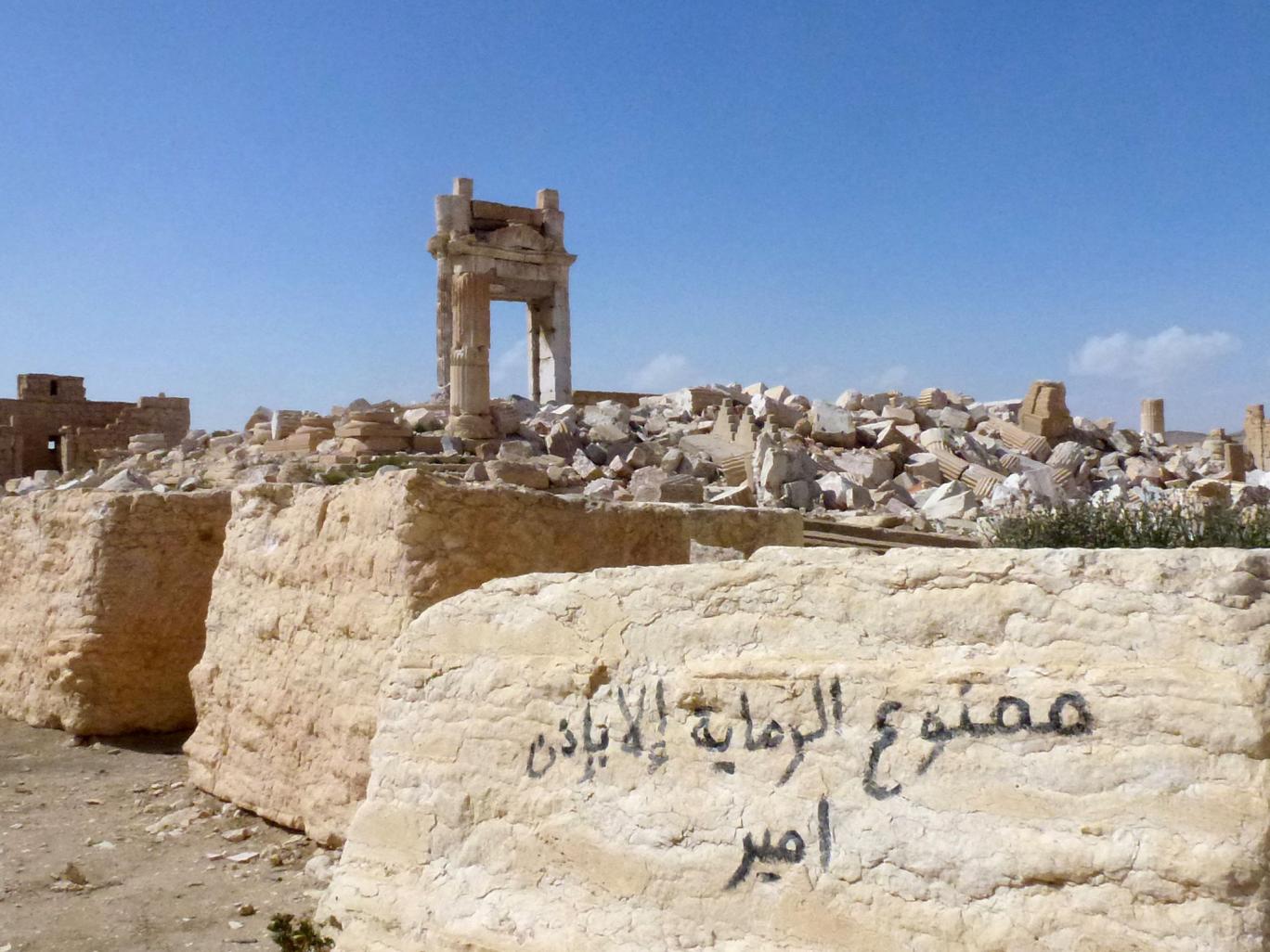 My name is Mohamed Alkhateb, and I was born and raised in Palmyra. I went to university in Homs, but when noises started to be made about a revolutionary movement, I knew I had to return to my home city.

At the beginning of the Revolution, my friends and I established what we called the “Palmyra Coordination” – essentially a group to coordinate and lead peaceful demonstrations calling for freedom. But the situation quickly spiralled out of control. Security forces within the city were unable to control the escalating revolution or withstand the flood of demonstrations. Tens of protesters were killed during their efforts.

After months of protests, the Assad regime sent a huge deployment of about 50 tanks and 3000 soldiers to take control of the city. After Palmyra was stormed by the SAA [Syrian Arab Army], some friends and I knew we had to flee.

After six days, however, we were captured by a group of around 30 SAA soldiers in the surrounding countryside and detained.

Needless to say, we were badly treated by these soldiers. They slapped us and beat us, and then marched us to a security branch in Palmyra to begin our interrogation. Worse was to come.

During the interrogation, we witnessed all kinds of violence; perhaps the greatest irony of all is that we were accused of participating in demonstrations and protests which had only ever been peaceful.

The interrogation didn’t end there. I was sent to what is known as Security Branch No. 291 in Damascus, where I witnessed a myriad of torture methods. It seemed like an inescapable situation. But after seven months, incredibly, the regime released me.

When I arrived back in Palmyra, everything had changed. I felt unable to remain in the city, and permanently unsafe; it was impossible to know when or whether I’d be imprisoned by the regime again. Ultimately I made the decision to leave the city, and travel with people-smugglers to Turkey.

Isis launched their assault on Palmyra in May 2015, after I had left, and I was heartbroken. I knew this would result in more tyranny and more injustice towards my own people. Predictably, once they had moved in, the group began to apply its stringent policies. Simply put, under Isis, everything is forbidden. Anyone who violates their arbitary rules is either punished severely or killed.

It is hard to live under the control of Isis, and it became harder when Assad started to bombard the city. Because Assad claims that he bombs Isis, but in actuality most of his victims are civilians. After months of bombardment, most of Palmyra’s population had fled to the north and east of Syria.  According to the Syrian Observatory, there were less than 100 civilians left in the city when it was retaken from Isis.

Even now that Palmyra has been supposedly liberated by Assad’s soldiers, there’s little hope for those displaced civilians to return to their homes; they’re too afraid of Assad’s forces and the militias linked with him. Many have expressed their fear that the Assad-linked vigilante groups will suspect them of having collaborated with Isis, and punish them accordingly – as they have done elsewhere in the country.

Assad claims he launched this campaign to protect Syrians and liberate the World Heritage Sites from Isis, but his bombs have destroyed as much of the city and its precious ruins as Isis did.

We, the people of Palmyra, consider both Isis and Assad to be criminals. Both commit crimes against humanity, kill innocent people and destroy cities and historical relics. Both displace hundreds of thousands of innocent citizens through their actions. Both detain, torture and kill political activists like me.

Palmyra has not been liberated. It has just been transferred from one tyranny to another.

Our message to the West and to the international community is this: don’t act as though you are blind to Assad’s crimes. As you penalise Isis, you must penalise Assad’s regime in equal measure. He is the essence of the problem in Syria – and both him and Isis are the enemies of normal Syrian people.