In the World Press Freedom Day, Mass Violations Committed against Journalists in Syria

In the World Press Freedom Day, Mass Violations Committed against Journalists in Syria 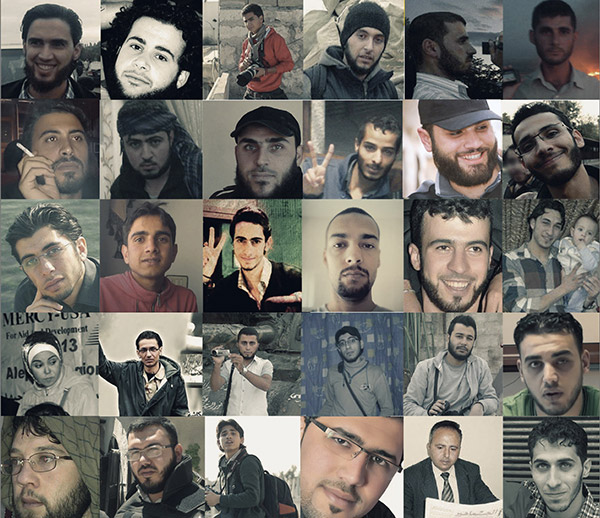 World Press Freedom Day is celebrated annually since May 3, 1993, the date on which the Windhoek Declaration was adopted in 1991. The declaration called to establish, maintain and foster an independent, pluralistic and free press environment, which is a pre-condition to ensure the security of journalists while carrying out their duties and ensure that investigating crimes against freedom of press is done promptly and accurately.

Since the beginning of the peaceful protests in Syria, which later on turned into an overwhelming popular revolution, the regime tried with all means to hinder the news of demonstrations and protests getting to the world so this news won’t contradict the distorted story the official channels adopted about what was taking place on the ground. Thus, keeping in dark all crimes and human rights violations committed in Syria has become a systematic policy followed by the regime and its media, noting that Syria had basically been, even before the protests started, one of the worst countries in the world in terms of press freedom as all forms of media, audio-visual and written, were subject to the censorship of intelligence, which has become the harshest since the beginning of the Syrian protest. The many methods of suppressing any media activity during the revolution prompted the activists to rely on alternative media and social networks in order to deliver the reality of what is going on including the arbitrary arrests and the deliberate killing of the peaceful demonstrators. Consequently, the journalist citizen emerges as a natural reaction to the severe repression of journalists and all media, when many activists played an important role in delivering the state of killing and abusing the demonstrators all over Syria. After that, hundreds of coordinations and media offices have been established in an attempt to achieve a more specialized media coverage, which created hundreds of media activists whose performance and ability to cover the news in a professional way developed soon. Moreover, many experienced journalists monitored the abuses against demonstrators and the crimes committed by the regime. Although few in number, these journalists played a vital role in upgrading many revolutionary media offices and training cadres and activists in secret.

Since the early days of the revolution, security forces targeted systematically and directly many cadres, coordinations and media offices. That took many forms, on the top of which were  the arbitrary arrest and deliberate killing of workers in the media field as hundreds of journalists and Journalist citizens fell victims of the regimes military machine, and other dozens became victims of violations of non-official parties, led by the Islamic State in Iraq and Sham (ISIS/Daash), especially in Aleppo. Since the beginning of the Syrian revolution till the end of April 2014 VDC has documented the death of (307) journalists[1] by the fire of the regime forces and militias of Shabiha or the so-called Army of National Defense. This number includes all who worked in the field of media including the journalist citizens and coordinations media activists in addition to the journalists and photojournalists, who were the least over the past three years.

VDC has documented at least 114 journalists, including 90 professional ones, who have been arbitrarily detained by the regime forces. More than 50 of these journalists are still in custody, many of them are now among the forced disappeared. As for those who have been transferred to courts, they are mostly facing harsh sentences. For example, on 24.03.2014, the prosecution of the Counter-terrorism Court raised a charge of incitement of terrorist acts against several members of the Syrian Center for Media and Freedom of Expression, headed by prominent journalist and head of the center Mazen Darwish and his colleagues Hussein Greer and Hani Zitani, and demanded to inflict a maximum penalty of fifteen years of hard labor imprisonment upon them.

Violations against the Media by Non-Official Parties

Violations against journalists were not only committed by the regime forces and Shabihas, but also by many non-official parties, on the top of which is the Islamic State in Iraq and Sham (ISIS/Daash), which has systematically targeted media activists in Aleppo and Raqqa governorates, in addition to several other parties including the opposition armed battalions and unknown armed groups. VDC has documented more than 71 kidnappings, most of which was carried on by Daash. These kidnappings of journalists were mostly in Aleppo where 33 cases took place, most of whom are still missed including the media activist AbdulWahhab al-Mulla who was kidnapped on 7th November 2013 and several other activists. Idlib has also witnessed cases of kidnapping by Daash against activist including Aboud Haddad, who was kidnapped on 15-12-2013 and whose fate is still unknown. Journalists in Raqqa have also been kidnapped, mostly by Daash. The forces of the Democratic Union Party (PYD) have arrested, kidnapped, threatened and, sometimes expelled several activists, the last of whom was Muhammad Mahmoud al-Abrash (Asayesh) from al-Dirbassyieh in Hasaka governorate.

VDC strongly condemns the systematic abuses against journalists and calls on the Syrian regime to immediately release all detainees including freedom of expression ones and to stop every violation to their rights. It also calls upon all other parties that have participated in committing violations against journalists to stop their acts  right away. Furthermore, the center urges all international human rights organizations to start an actual campaign to transfer the Syrian file to the  International Criminal Court, and invites the UN Security Council to take an action against the crimes committed in Syria since March 2011. 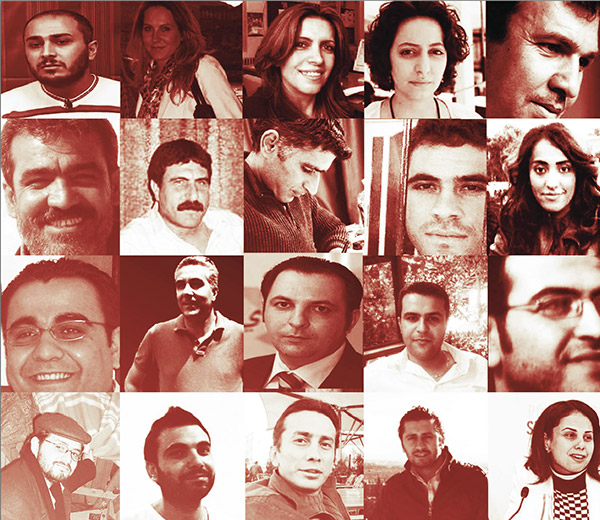 [1] This number includes no more than 140 media activists and photojournalists of those who engaged in the military actions between the Syrian army and the fighting battalions.