Islam and Democracy: When do Religious Actors Decide to Support Democratic Transition? by Georges Fahmi

Article  •  Publié sur Souria Houria le 22 juin 2016
For years, there has been debate within political science on the extent to which Islam is compatible with the principles of democracy. More recently, the field has moved past this discussion and onto a more productive question: when do religious actors decide to support a democratic transition process? And when do they decide to oppose it or remain neutral? Like other religions, Islam does not have a unified position on issues of democratic transition. Instead, religious actors come to their own positions depending on their interests and the extent to which democratic transition affects those interests.
This paper aims to investigate Islam’s relationship with democracy by studying al-Azhar in Egypt and the Fethullah Gülen movement in Turkey, and their positions on democratic transition. While their institutional contexts differ, both play a positive role in pushing the democratic transition process forward. This has been particularly true in Turkey with the Fethullah Gülen movement since the soft coup of 1997, and in Egypt with Al-Azhar after Hosni Mubarak’s regime was overthrown in 2011. Yet for both, the decision to support democratisation is the product of ideological and material interests, rather than democratic conviction. 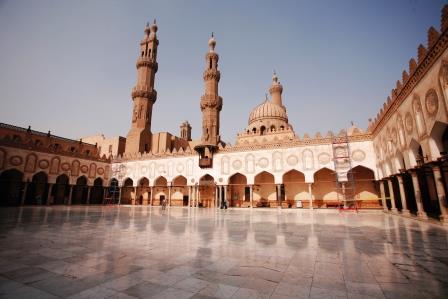