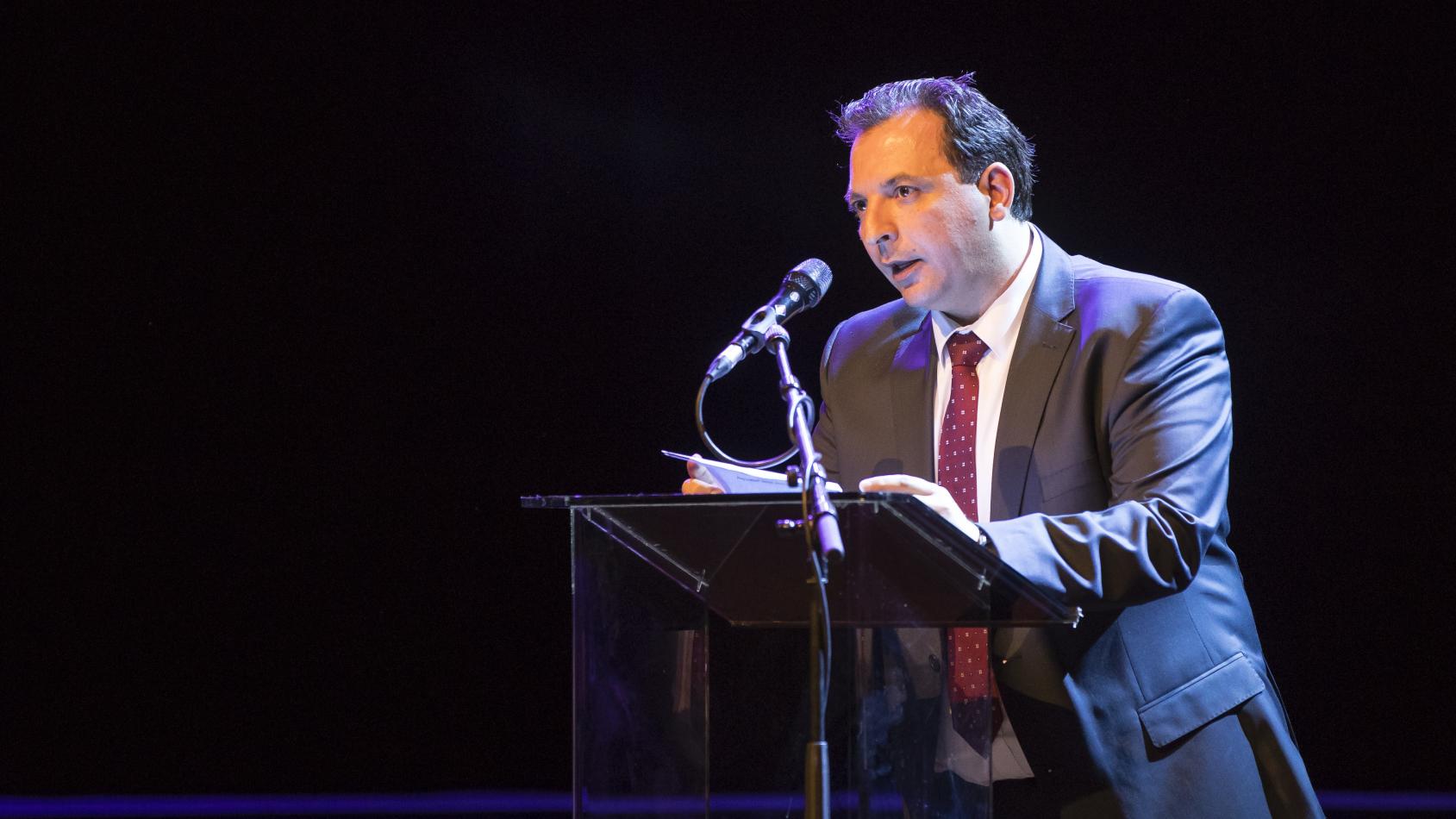 Your Royal Highnesses, Ladies and Gentlemen,

All the thanks and honour for giving me the chance to be here with you while honouring the world’s best visual journalists. Your honouring to these colleagues, who prove their distinguishment and constant courage in capturing the truth while others run away, reflects your great committment to the value of freedom, especially freedom of speech.

Dear friends: when I was in prison, in an underground room with almost 100 other prisoners and during our daily torture sessions, I always dreamed of having a camera in my hand. Only an image could describe and tell the real story. When I was out, I heard about how pictures of tortured and killed prisoners had been smuggled out of Syria, the so-called Caesar photos, I was at peace. At least these souls won’t die twice; once with the torture and once with losing the truth.

In 2011, the Syrian president said in an interview: I am not angry at demonstrators on the streets, I am annoyed with whoever takes a picture and publishes it on the Internet.

In short, this is the truth. Dictators know that people are craving for freedom and want to get rid of them. So what makes them worry is the spread of information. That is why they kill witnesses and bury the truth.

Today when I look at your winning pictures and stories, I feel proud and I laugh at the dictator’s stupidity. I realize they failed, and your belief in the right of visual journalism and freedom of speech is stronger than all their weapons. There is no jail that can imprison the free word, nor is there a siege tight enough that can prevent the spread of information. Our friends in besieged Douma and everywhere in the world have proven that, despite the high price some of them have paid.

My fellow photographers, when you press the button on your camera, you document the moment. You save the time from getting lost. Don’t let that moment escape, for we lose a story with it; we lose the secrets hidden in the eyes of those who need their story to be told, of those who want you to tell the truth.