British underground artist Banksy shocked the world after releasing the trailer to his newest exhibition space, Dismaland. The anti-Disneyland “bemusement park” features more than 50 artists from around the world, which includes works from six Arab artists. The attraction, located in the dilapidated seaside-resort of Weston-super-Mare, launched on August 21 and will run until September 27.

Rising to fame during the 2011 revolution, El Teneen (Arabic for The Dragon) is an anonymous graffiti artist whose political pieces have been likened to Banksy’s. He will be showcasing two art pieces to the exhibition. 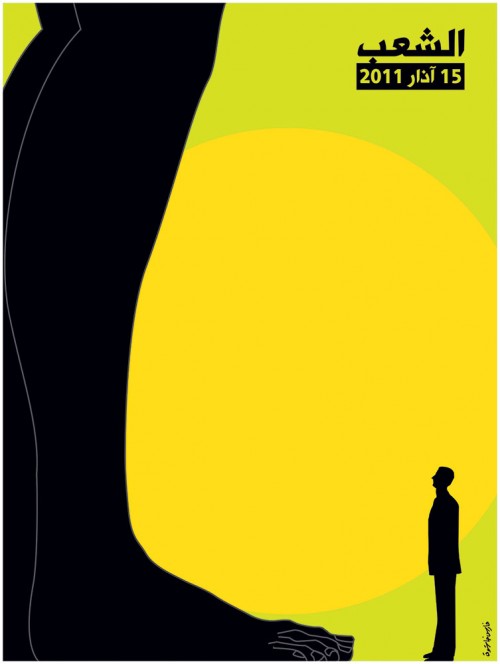 Huda Beydoun is the only artist from the Gulf whose work will be showcased in the exhibition. Born and raised in Jeddah, Beydoun’s digital works from her Documenting the Undocumented series have attracted attention from local and international media alike. A selection from the series are exhibited in Dismaland.

Al Zaqzouq’s Muslim Punk paintings were being exhibited at Dismaland when the artist found out that three Israeli artists were also featured in the show. Being a supporter of the boycott, divestment, and sanctions (BDS) movement, the artist covered his artwork and lay on the ground in protest. He justified his actions in a Facebook post. 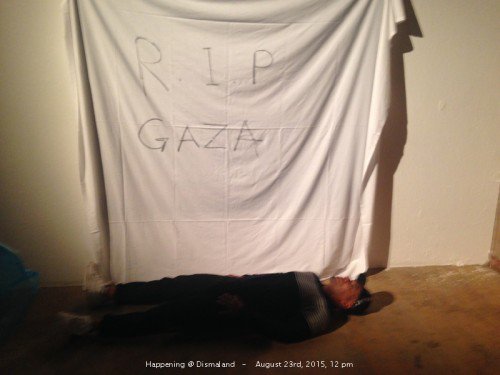 The surrealist painter from Birzeit is considered to be one of the most iconic artists in Palestine whose art was thought of as “subversive” by the Israeli government during the First Intifada.

Azzam’s Freedom Graffiti went viral when pictures of Gustav Klimt’s The Kiss recreated on a war-torn Damascus wall surfaced on social media. The Syrian artist, based in Dubai, has brought his most famous work to Dismaland.