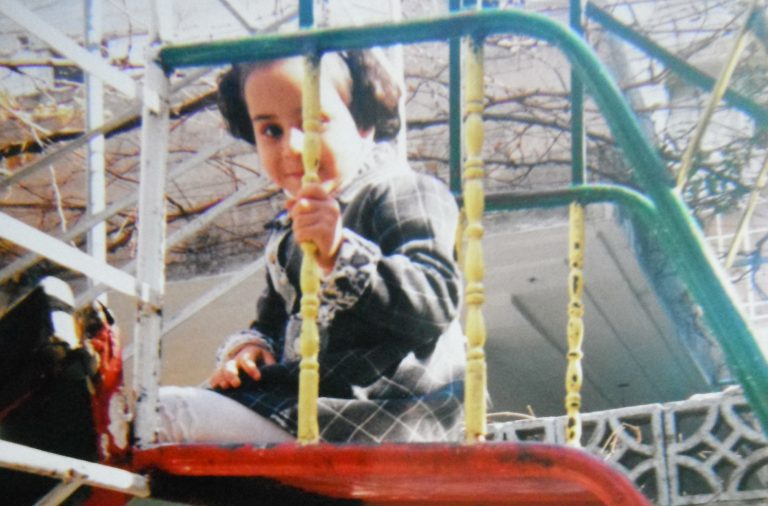 Marah, a teenage girl from one of Syria’s besieged cities, has been sharing her stories of life in the war. With her mother and siblings, she has now left Syria for a new life in Istanbul. She describes the fateful journey and her mixed excitement and apprehension at leaving the country of her birth

My dreams of leaving Syria and starting over are finally becoming true.

We took a cab to the bus station, and then a bus was supposed to take us to Beirut’s airport. When we left the bus station, I was suddenly seized by melancholy and one question occupied my mind: When will I come back to Syria?

Can you believe that even before I left Syria, all I was thinking about was when to come back? I sometimes find it hard to understand what is going on deep inside me. I watched the streets, the people and the shops from my window, and started silently crying.

Is it because I do not know what’s in store for us? Although I had decided to not to look back and to think only of the future, old memories of my friends, my school, my neighbors and my whole life came back to me.

When we reached the Syrian-Lebanese border, we had to wait in the cold for a whole hour until they finished searching everybody’s suitcases. The Syrian border officers were very rude, and the kids on the bus were very scared of them. One officer said, “You will experience what real cold is when you leave your country.” His words stuck in my head, and I wondered if I would ever find the warmth I’ve been searching for.

We reached the Lebanese border, where we stopped for another two hours, until the Lebanese border officers checked our passports and suitcases. We reached Beirut’s airport at 3 a.m., and waited there for a long time, since our flight was at 1 p.m.I never imagined the borders between Arab countries as real ones, but after what I witnessed I realized how divided we are. At the airport, we were thoroughly searched, as if we carried some kind of disease or as if we were criminals. I felt at that point that the security I was seeking was still far out of my reach.

When we boarded the airplane, my heart started pounding in my chest. I had never been on an airplane before. Also, in my head, airplanes were connected to bombing and missiles. When I sat in my seat, I started thinking of the amusement parks I used to visit as a kid. I imagined that being on an airplane was similar to being on a roller coaster, where I got to see the city from high above. The idea helped me calm down a little bit. Out of my little window, I watched the cotton-like clouds, and I finally felt free. Yes, I finally felt the one thing that my people called out for: a demand that cost them a lot. When the airplane began to descend, I saw the green lands of Turkey. What an amazing view that was!

We were very nervous when we left the airport because we do not speak Turkish, but we were relieved when we found a relative we had not seen for five years waiting for us. We took a bus, a ferry and then another bus in order to get to her house. The trip exhausted us, and all we wanted was to get some rest. Many people were waiting for us at her house, and they congratulated us on surviving the death swamp that we had emerged from.

I fell into a deep sleep that night – I had not slept like that in five years. I opened my eyes and found my mother looking out of the window. I wanted to keep looking at her face, but her eyes showed exhaustion and sadness, so I cracked some jokes, hoping that I would lighten up her mood.

I am finally out of Syria. I am in a place where I can look forward to a better life and future. Will fate let me realize my dreams, or will it crush me again? It is too early to tell.