« Seen for Syria » at the Orange County Center for Contemporary Art, Santa Ana, California by Mario

Sunday, January 10, 201 – by Mario
Throughout the history of modern art, the subject of war and its aftermath has been a theme. War has been portrayed by masters such as Francisco Goya, Otto Dix, Pablo Picasso, among others by showing the human toll and tragedy. In the 21st Century, the war in the Middle East is a subject rich area for artists to explore and to depict. In « Seen for Syria », a two person exhibition curated by Alyssa Arney and Soulaf Abas currently on view at the Orange County Center for Contemporary Art, Soulaf Abas and Muzaffar Salman are two artists from Syria whose work explore the current situation in the Syrian Civil War. Both artists are cousins and both have been directly affected by the conflict in Syria. 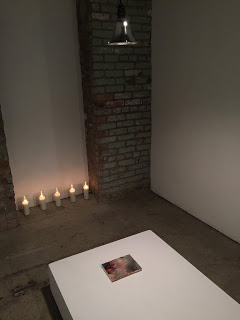 Soulaf Abas’s paintings are figurative in their style and approach to the conflict in Syria. Abas’ painting convey a darkness that has befallen the landscape engulfed in a Civil War. Her paintings portray warfare and its aftermath. Neighborhoods are burnt, destroyed, on fire or in ruin. Abas’ painting exude a power that transfers the emotion of seeing lives and homes destroyed by war. 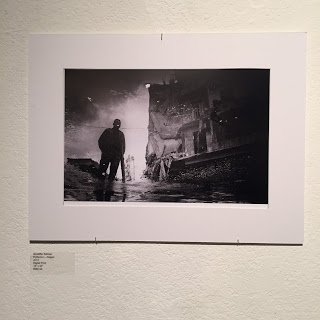 In his photography, Muzaffer Salman wants to transfer the sense of place and how it relates to the civil war in Syria. Salman attempts to take us to the daily life of those caught in the crossfire. The photos show barricades that protect from sniper fire, fighters resting and continuing to fight behind a veiled curtain, and like his cousin Abas, tries to take the viewer into the conflict and to portray those whose daily lives are on the edge of life and death.

« Seen for Syria » gives the viewer the life and death struggles of those who are on the other side of world. The work of Soulaf Abas and Muzaffar Salman brings to the viewer the struggles that are close to their lives and to their hearts. Abas, as part of the exhibition, brings the drawings of Syrian children who are currently living in refugee camps in Jordan and Turkey. Their drawings convey to the viewer what war is like in the eyes of a child. As an exercise, Abas creates a map of Syria on the ground then instructs each child living in a refugee camp to take a piece of soil and a seed to plant within the map. A seed then proceeds to grow. The response to the growing garden is that the garden represents home. « Seen for Syria » is a representation of a place that is both home and a battlefield to the artists. This is an excellent exhibition and deserves to be seen.