Support the webdocumentary: Syria, diaries of the revolution 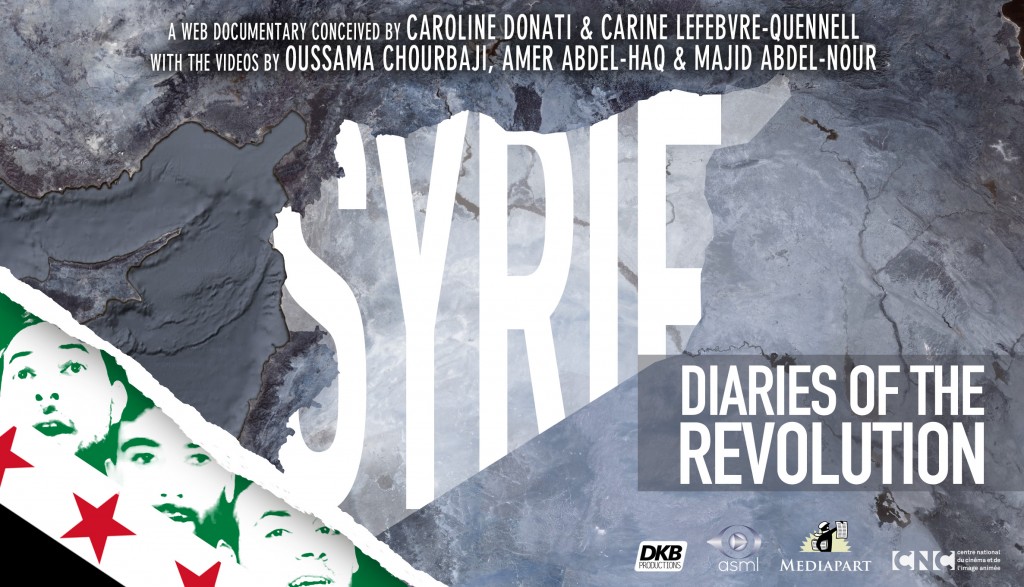 Support the webdocumentary: Syria, diaries of the revolution

Follow three young men filming themselves every day in order to share with us what they are going through.

This extraordinary experiment started a year ago, and will continue throughout 2014.

To meet this challenge, we need your participation! Please follow this link for more information : crowdfunding Ulule.com

A WEB DOCUMENTARY ABOUT THE SYRIAN REVOLUTION

Syrian revolutionaries have been confronting the brutality of Assad’s war machine for the last two years.

Unfortunately, the images and portrayal of the struggle in the media has created enormous confusion about what is actually happening on the ground and why the revolt began.

What has been lost is the original reason the revolt started, that ordinary Syrians are fighting to liberate themselves from a barbarian regime that has been alienating a large proportion of the population for decades.

We wanted to find these young people, who never imagined having to survive a life of guerrilla warfare, to see how they live their commitment to a cause.

We have designed a web documentary in which young Syrians have the space and can take the time to tell their story, showing us the daily reality of living through a revolution.

A year ago, we asked three young activists to film themselves every day, telling us the story of the Syrian revolution, from both inside and outside the country.

Each week, they send us their videos. These diaries describe  the excitement of the early days, the first victories, the Regime’s brutal response, the adoption of total war, of death, and of their perception of the cowardice of the international community …

However it is not just about the war. Through telling the story of their lives, their role as activists, they give us their hopes, their disappointments, their anguish, and ultimately their determination.

It is a web documentary about the need for democracy, about physical courage and sacrifice, : this web documentary will be updated every day and we intend to continue the feed throughout 2014.

What are the funds for?

While the war has not destroyed the entire communications infrastructure, the Syrian regime retains full control of the Internet.

Satellite connections are now the only way to communicate freely and securely with rebel held areas in Syria.

To continue to receive the images from  Majid in Aleppo and  Amer in Daraya (a suburb of Damascus) through 2014, we need to provide them with equipment and a satellite subscription.

This is particularly expensive: € 2100 for the modem and 650 € per month of subscription.

With € 6,000 so we can provide a connection for 6 months. If we can raise more money, then even longer.

Thank you so much for any help you can give. Please pass this on to anyone you feel would be interested – don’t allow Syria to get forgotten.

About the project owner

Emmanuel Barrault is producer at DKB Productions. He has co-produced Sur la Planche de Leila Kilani and in development with several interactive projects.

Stephane Leon from Fullsize is developing the internet site.

We have been awarded financial grants from the French National Cinema fund the CNC to help develop the project. Mediapart, a leading French online news platform will provide initial distribution, but we are in negotiations with other online / TV channels for a Europe wide distribution