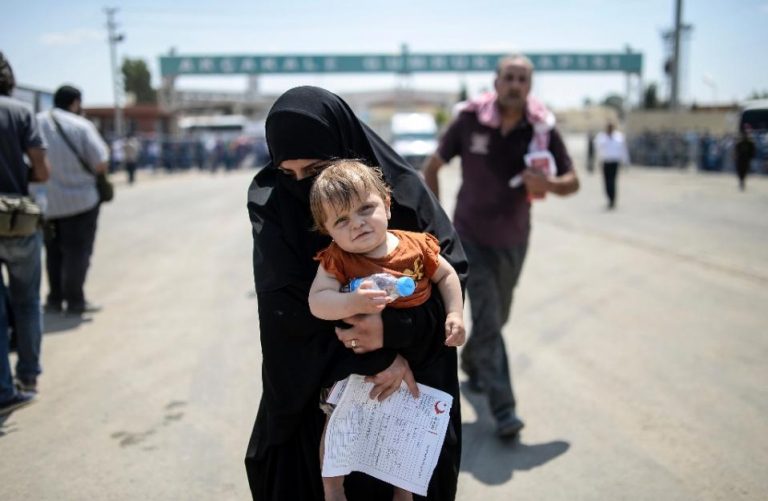 Damascus (AFP) – Syria said Thursday it would begin requiring visas from Turks entering the country, reversing a six-year agreement with Ankara that allowed visa-free entry to citizens of both countries, after a similar move by Turkey.

The Syrian foreign ministry said the new measure was in response to a decision taken by Turkey on December 9.

A Turkish government official confirmed the decision but emphasised it did not apply to refugees who make up almost all the Syrians in Turkey.

« The Syrian government, in virtue of the principles of reciprocity and national sovereignty, decided to refuse entry to Syria for Turkish citizens without visas, » a ministry statement said.

« The Turkish government is responsible for the consequences (of this decision) on the ties between the Syrian and Turkish peoples, » added the statement, published by state news agency SANA.

A senior Turkish government official, who asked not to be named, confirmed the restriction and said it was a security measure due to a significant increase in the number of fake passport holders among travellers arriving in Turkey from Egypt and Lebanon.

« The decision to introduce a visa requirement for Syrian nationals reflects the necessity to address this security issue, » said the official.

He stressed the visa requirement does not apply to refugees and asylum seekers.

Turkey now houses at least 2.2 million Syrian refugees who comprise almost all the Syrians in the country after fleeing the civil war.

« The Turkish government remains committed to the Open Door Policy toward refugees, which has been in place since 2011, » added the official.

Syrian nationals who entered Turkey on their passports had been allowed to remain in Turkey visa-free for stays up to 90 days within a six-month period.

Once an ally of Damascus, Ankara cut diplomatic ties with President Bashar al-Assad after the beginning of Syria’s uprising in March 2011.

Turkey has become a leading backer of the opposition to Assad, and Syria accuses it of supporting « terrorist groups. »