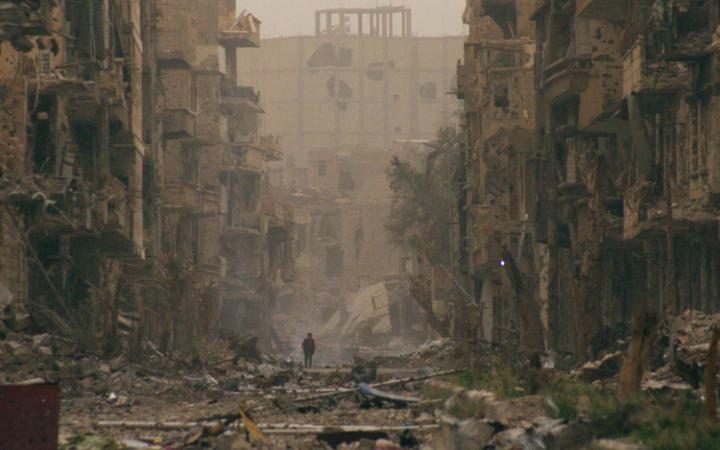 International investigators have amassed the strongest evidence “since Nuremberg” for the prosecution of Bashar al-Assad and his allies for war crimes, smuggling 600,000 pages of official documents out of Syria.

This trove – weighing several tons – includes the records of a secret committee of security chiefs placed in charge of crushing the revolt. Another 500,000 pages are still inside Syria, awaiting safe transit out of the country.

The evidence is being held in an undisclosed European city by the Commission for International Justice and Accountability, an organisation of lawyers and investigators partly funded by the British Government.

The most striking evidence concerns Assad’s response to the mass protests against his rule that swept Syria from 2011 onwards. He appointed a “Central Crisis Management Cell” and gave the security chiefs on this committee supreme responsibility for suppressing the unrest. The cell held daily meetings in Damascus, chaired by Mohammad Said Bekheitan, the second most senior member of the ruling Ba’ath party.

But the 24-year-old official who kept the committee’s records and transmitted its orders, Abdelmajid Barakat, was secretly working for the opposition. In 2013, he escaped from Syria into neighbouring Turkey, taking as many of the cell’s documents as he could carry.

The paper trail shows that Assad himself “reviewed the proposals [of the cell], signed them, and returned them for implementation,” according to the New Yorker, adding: “Sometimes he made revisions, crossing out directives and adding new ones.” Mr Barakat was “certain that no security decision, no matter how small, was made without Assad’s approval.”

During this period, thousands of Assad’s opponents were killed, detained or tortured. Hospitals were transformed into torture centres, with bodies being stacked in the lavatories after the morgues overflowed.

Stephen Rapp, the former chief prosecutor of the United Nations court handling the Rwandan genocide, told the New Yorker: “When the day of justice arrives, we’ll have much better evidence than we’ve had anywhere since Nuremberg.”

Mr Rapp described the evidence gathered in Syria as “much richer than anything I’ve seen – and anything I’ve prosecuted – in this area.”

At present, however, there is no court before which Assad or his allies could stand trial. Russia vetoed an attempt in 2014 to refer the situation in Syria to the International Criminal Court.

Geoffrey Robertson QC, a senior human rights lawyer, told the Telegraph that Assad was safe at least for the moment. “So long as he is protected by Russia, then the Security Council is stymied and there is no other way that the ICC can have jurisdiction to try him,” he said.

But Mr Robertson pointed out that Assad’s protection may not last forever. Charles Taylor was overthrown as president of Liberia in 2003 and given assurances of immunity when he went into exile in Nigeria. But he was handed over for trial in 2006 and later convicted by a UN court.

“International justice is in its infancy and we’ve seen it change,” said Mr Robertson. “Charles Taylor, who is now serving 50 years in a British prison, was thought to be safe when he was given refuge in Nigeria, but politics change and he was handed over. So there are plenty of precedents for people who seemed to be safe suddenly becoming inconvenient to their protectors.”