After the United Nations lavishly highlighted its achievements during the World Humanitarian Summit, Syrian NGOs have expressed their dismay that the gathering failed to help develop sustainable solutions to the crisis.

Several Syrian NGOS have expressed severe disappointment with the World Humanitarian Summit, saying they were dismayed by how little real work was done at the U.N.-sponsored gathering to alleviate the biggest humanitarian crisis of the 21st century.

The first-ever World Humanitarian Summit drew to a close on Tuesday in Istanbul. Its aim was to lay the groundwork for a transformation in the delivery of global humanitarian aid and mobilize the aid community to help end need worldwide, but observers say it fell well short of that goal. 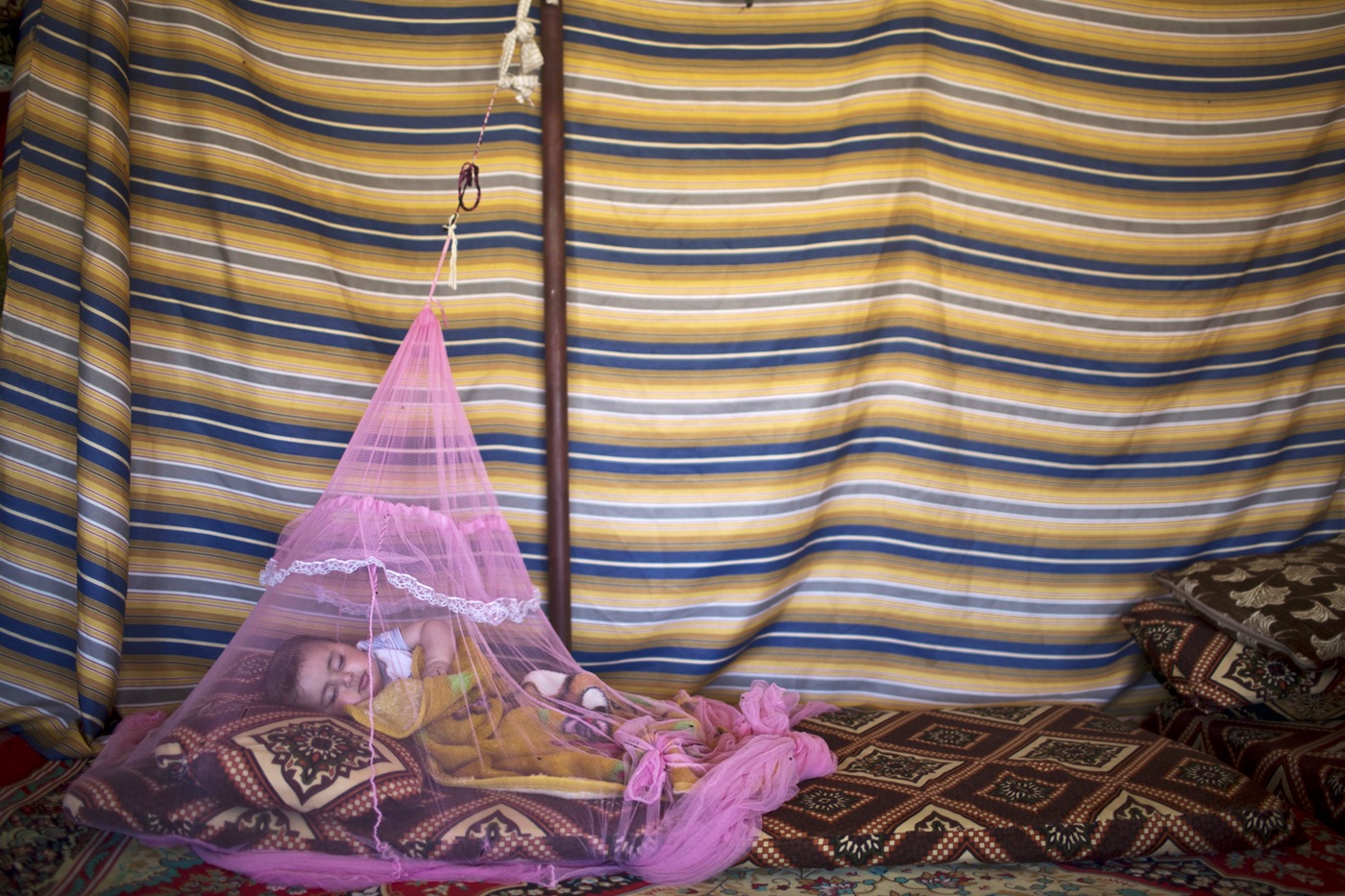 Seven-month-old Syrian refugee Mariam Mohammed, whose family fled from Hama, Syria, sleeps under a mosquito net inside their tent at an informal tented settlement in the Jordan Valley, Jordan, Wednesday, March 30, 2016. AP

Twenty-three Syrian NGOs attended the summit. Syria Deeply spoke with a number of these NGOs, which operate across different sectors, including development, aid and women’s empowerment. They all expressed disappointment at how little the gathering helped the millions of Syrians who are trapped in a seemingly intractable conflict that has become a proxy war for regional and international powers – and resulted in an estimated 400,000 deaths while forcing nearly 5 million people to abandon their homes.

“World leaders were praising each other for their successes, instead of touching on their failures and finding ways to fix them,” said Assaad al-Achi, executive director of Baytna Syria, a Syrian NGO based in the Turkish border city of Gaziantep working to develop Syrian civil society.

He said the 23 Syrian NGOs collectively decided to attend the summit after meeting several times beforehand. The consensus, he said, was that it would be better to attend the gathering to raise their concerns with world leaders than boycott it. However, Achi said that after attending a number of special sessions and roundtable meetings attended by senior national officials and representatives of international organizations, he had reconsidered his decision. “If I were asked again, I would say we should have boycotted it,” he said.

Specifically, Achi said he was shocked at the lack of interest in Syria, especially during the high-level roundtables. “We keep hearing from the U.N. that Syria represents the biggest humanitarian crisis since World War II, so one would think Syria would be at the center of the first ever humanitarian summit, yet it was completely neglected.”

Dr. Maria al-Abdeh, executive director of Women Now for Development, an NGO working on women’s empowerment in Syria, also voted to attend the summit to highlight the international community’s neglect of women amid the conflict. Specifically, Abdeh wanted to highlight the Assad regime’s crimes against women, such as sexual violence and forced disappearances, which she says have seriously hampered women’s lives.

She, too, said there was a notable lack of concrete discussion about Syria. “I had very low expectations of what could come out of the summit, but I attended and spoke as a Syrian woman nonetheless,” she said. “We have gotten used to going to meetings where organizers have no idea about what’s going on [on the ground in Syria] or propose the wrong solutions,” she said. “But what we saw [at the summit], for the first time in a very long time, was a dreadful silence about Syria.”

Both Abdeh and Achi saw the summit as a waste of time and money. “It was a ridiculously lavish parade of vague achievements,” said Achi. “We attended the summit with very low expectations, and they [organizers] managed to lower them even further,” he added.

U.N. officials have declined to disclose the total cost of the gathering and said a large portion of the budget was covered by the host government of Turkey.

Fadi Hakim, coordinator at the Alliance for Syrian NGOs, was surprised by the lack of open dialogue on Syria at the summit. “There were no open discussions on issues; the entire affair consisted of rehearsed speeches praising the achievements of organizations and agencies,” he said.

“It was evident that the Syrian issue was not a priority, nor was it addressed at the World Humanitarian Summit. Even when Ban Ki-moon attended one of the special sessions organized by Syria Relief, he gave an unimpressive speech with no real solutions,” Hakim added, referring to the U.N. secretary-general.

Fadi Hallisso, co-founder and CEO of the Beirut-based charity Basmeh Zeitooneh, which helps Syrian refugees in Lebanon and Turkey by developing their skills and employing them, said the event was disappointing not only on the Syrian level but also on the global humanitarian level. “The goal was supposedly to have an open discussion about the challenges facing aid workers around the world, but the summit failed to address these challenges,” he said during a telephone interview.

“It seemed as if aid workers were talking to each other, with no real solutions being proposed. The absence of heads of states, political and economic leaders and executives of major international organizations just meant that the event will lead nowhere,” he said.

However, Fadi conceded that the U.N. alone cannot be blamed for the Syrian quagmire, noting that the world body has no power if it is not supported by the political decisions of its member states, especially members of the Security Council.