A Syrian refugee living in Berlin has taken to cooking big pots of food every Saturday and sharing them with the homeless.

Alex Assali has been serving up dishes to the city’s needy since August, building stands in different spots around Berlin once a week, often near train stations.

The 38-year-old told CBC News in a phone call that his plan had been to, « show the German people what Syrians are really like, » and to « get more involved in the German community.

His popularity soared internationally after Tabea Bü posted a photo on Facebook of Assali preparing two pots of food near Alexanderplatz station in Berlin. 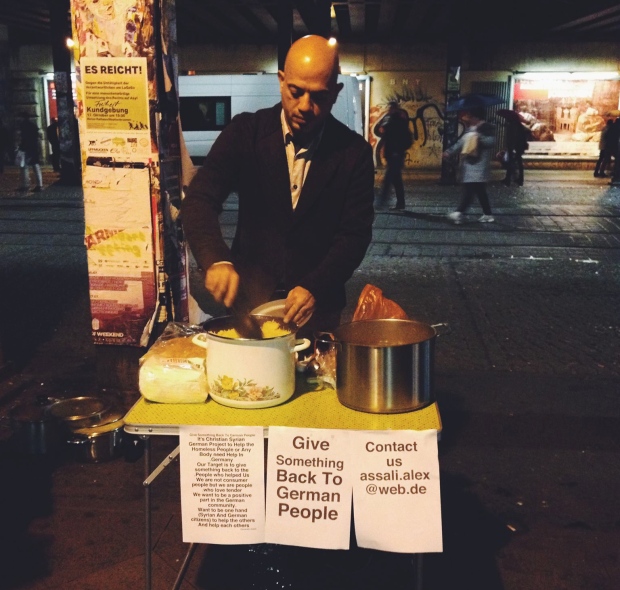 Alex Assali has been feeding the German homeless as part of a Christian Syrian project and began thanks to helpful advice from his pastor. (Tabea Bu/Facebook)

Bü writes that he’s fulfilling his goal of giving « something back to the German people. »

« God bless him so HE is a blessing for so many more people! THANK YOU ALEX!, » she says, adding in German that Assali impressed her and that she couldn’t imagine what he was going through.

People online have been feeling much the same way.