Survivors of crimes committed in Syrian war are talking to prosecutors in Europe, puncturing the pervasive climate of impunity.

As Bashar al-Assad’s forces ramped up their bombing campaign on rebel-held territory over the past year, his government may not have realized that they were cracking its shield against accountability for crimes committed in the Syrian conflict since 2011.

Thousands of Syrian refugees have reached Europe and told stories of horrific crimes they’ve experienced and witnessed. Investigators and prosecutors in France, Germany and Sweden have begun looking at a number of individuals, who have also made their way to these countries after allegedly committing murder and mistreatment in Syria. The refugees are providing authorities in the host states with details of what happened and identities of those responsible. 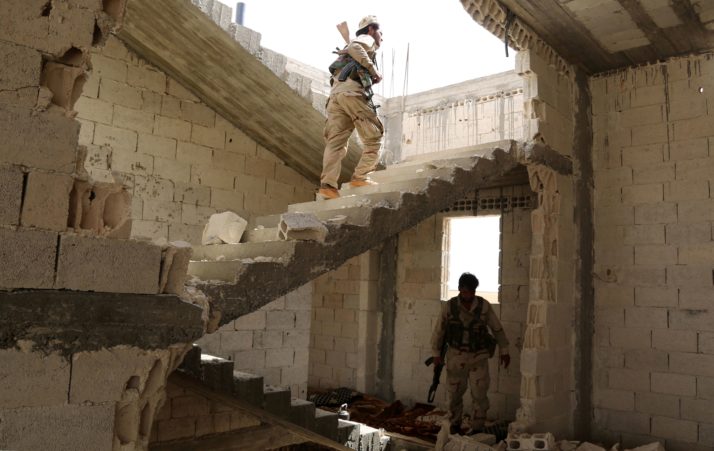 With the Syrian war now in its sixth year, horrific human suffering has been documented by activists and posted on the internet for the world to see: cell phone footage of civilians, writhing with pain from poison gas in Ghouta, people carrying emaciated bodies with torture marks out of buildings serving as detention centers, dust-covered faces of children being pulled from under the rubble of bombed-out pediatric hospitals in Aleppo.

Combatants on all sides, but particularly those fighting on the side of the Assad government, have shredded the laws of warfare. Each of their ghastly crimes has mocked the emerging international practice that those suspected of committing heinous acts of violence during a war will be sought out and tried fairly in a court of law.

If suspects are apprehended in a European country, investigating and charging them would be a first, and important step toward accountability for war crimes committed in Syria.

In France, the Paris prosecutor’s office has opened a preliminary investigation into an unnamed suspect on possible war crimes in association with a huge trove of photographs, known as “the Caesar photos,” showing dead Syrian detainees. They were smuggled out of the country by a former government prison photographer.

In Germany, reports in the media say that the police daily receive between 25 and 30 reports of possible war crimes from arriving Syrian refugees. The authorities have opened 13 investigations based on refugees’ testimony. One suspect, identified by German authorities as Ibrahim Al F., was arrested on war crime charges. He is a suspected commander of a rebel militia in Aleppo and had allegedly supervised the torture of several prisoners — and personally tortured at least two of them. He’s also alleged to have demanded ransom in exchange for their release.

In Sweden, a suspect named Mohammad Abdullah has been charged with war crimes believed to have been committed over three years. Abdullah has admitted to working for Syrian government forces.

The path to redress does have shortcomings: The suspects identified in Europe so far are low ranking fighters on all sides, who had not held positions of military command or significant authority. There is also a risk that European politicians could use alleged presence of war crime suspects among refugees to justify restricting access to their territory for people fleeing violence.

At the same time, the search for impartial justice that respects an accused’s right to a fair trial has to start somewhere.

In the cases mentioned in France, Germany and Sweden, the investigators and prosecutors are using their own domestic criminal law, based on the legal principle known as “universal jurisdiction.” The concept dates back to the 17th when piracy was deemed a crime of such universal opprobrium that any nation’s courts could prosecute a suspect brought before them.

Universal jurisdiction doctrine burst into prominence with the arrest of the Chilean dictator Augusto Pinochet in London in October 1998 and has been bolstered by the recent conviction of the former Chadian President Hissène Habré by a court in Senegal. Today, this authority makes it possible to try those accused of grave crimes committed abroad when they are found on the territory of another country.

In recent decades, universal jurisdiction has become a safety net in the fragile “system” of international justice. In the 1990s, a number of Bosnians and Rwandans implicated in genocide and crimes against humanity in their respective countries joined the large-scale immigration those crimes had triggered. Courts in Europe and North America tried those found on their national territory, often as a result of tips provided by recently arrived refugees. Those universal jurisdiction prosecutions demonstrated that the number of safe havens for war criminals is shrinking.

Russia and China’s May 2014 veto of a Security Council resolution mandating an International Criminal Court’s investigation in Syria blocked one avenue to international accountability. But some U.N. member states remain determined to highlight the need for justice.  They are convening a session on Tuesday in which ambassadors from France, Germany and Sweden will present information on the cases under way in their domestic courts. They hope to popularize their judicial activities to spur criminal prosecutions in other countries.

National prosecutions in the courts of third-party countries do more than just punish individuals. They signal to those responsible for serious offenses in Syria that they, too, could find themselves in the dock. They also convey to Syrian victims, who currently have nowhere to turn for redress that domestic courts in refugee-hosting states could offer them a crucial opportunity for justice.

Nongovernmental organizations, Syrian and international, have made intensive efforts to document human rights crimes in the war. A huge amount of information and possible evidence has been gathered that will provide a powerful assistance to any effort at criminal prosecution.

Far more effort will be needed, both internationally and ultimately through the reconstituted independent Syrian judiciary, but these cases in Europe are an important first step in puncturing the pervasive climate of impunity in Syria.

However, the recent judicial developments in Europe are neither well-known nor well understood. To amplify the impact of these initial steps, additional effort is needed. First, the governments where these investigations and trials are occurring should take every opportunity to let the world know what their prosecutors are doing in their courtrooms on behalf of Syrian victims.

Then, more countries with the requisite law in place need to commit the resources necessary for effective investigations and prosecutions. Those governments already engaged and national authorities in other interested countries should step up their cooperation and information-sharing on alleged crimes. This would include discussions with nongovernmental groups about standards to preserve evidence that could potentially feature in future trials.

Finally, the U.N. Commission of Inquiry on Syria should meet with national authorities conducting investigations and brief them on the facts it has gathered.

The more that victims see that justice is being done, the greater the demand for trials. The more judicial activity there is in response to this demand, the harder it will be to throw justice under the bus as part of any settlement talks.

These national proceedings should be seen for what they are: a limited, but vital, start, and a step in asserting the rule of law in the face of horrific suffering. These trials, if properly conducted and publicized, could create conditions to push the door open to wider accountability for the conflict in Syria.

Géraldine Mattioli-Zeltner is advocacy director of Human Rights Watch’s International Justice Program. Richard Dicker is the director of the program.