Syria’s television confessions fail to convince many – by Oliver Holmes 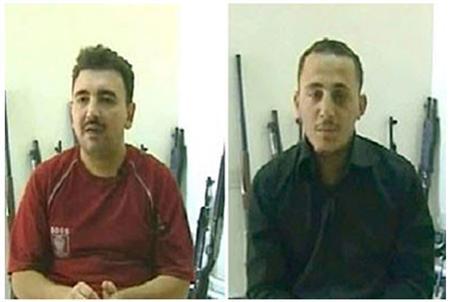 (Reuters) – Syria‘s state media is fighting hard to cast the country’s unrest as an Islamist terrorist conspiracy rather than a popular uprising against the dynastic rule of President Bashar al-Assad. State television airs interviews with men confessing to acts of violence, sullying the image of Assad’s opponents. But the interviews are mocked by many Syrians and an ex-producer says that many confessions are bogus.

Although an ardent supporter of Assad, the former employee said she is distressed by what she describes as a campaign of misinformation waged by the official « Suriya » television channel.

« I used to arrive at work and one of the editors would tell us that we have a person to confess, » she told Reuters, speaking on condition of anonymity for fear of reprisals from her former employer.

« Some of the men are just normal people who were arrested in anti-government demonstrations and others were thieves and criminals who were nearing the end of their sentence, » said the producer, in her late twenties. « They were told they will be set free if they confess to the made-up crimes. »

One confession was that of Qusai Shaqfeh from Hama, a city that has seen fighting between rebels and government troops in recent months and has a long history of dissent against the Assads – Bashar’s late father Hafez sent troops to crush an uprising there in 1982, killing thousands.

Shaqfeh, 29, said in the aired programme that rebels killed members of the security forces and threw them off a bridge. He also said he contacted journalists working for foreign media and sent them footage of faked peaceful demonstrations to use as propaganda against Assad.

Another confession gained particular fame in Syria when the confessor, Ghassin Selawaya from the coastal city of Lattakia, appeared to be playing to the demands of the producer.

« Er…we burned buses…er…we resisted security patrols, it was all rioting, » he muttered, sitting in a T-shirt surrounded by a shotgun and pistols, weapons the presenter said police found on him.

Opposition activists said that Selawaya’s family said he was in fact arrested before the uprising for unrelated crimes. The Syrian government restricts media access, making it hard to verify reports.

For more than a year, peaceful protesters demanding Assad’s overthrow have been arrested, tortured and killed, human rights groups say. But dissidents have increasingly resorted to armed ambushes and bomb attacks on elements of state security, and a recent Human Rights Watch report accused the armed opposition of kidnappings, torture and executions.

State media has never reported on government abuses but aired « terrorist confessions » early last year when activists posted videos of Assad’s troops firing on demonstrations and there was little evidence of an armed uprising.

For many Syrians, pro- and anti-Assad, the confessions are a running joke.

« I do not think that Syrian television lies in all its stories, but the information in these confessions is really conflicting and confusing, » said Rami, 33, a government worker who, like other ordinary Syrians quoted in this article, was interviewed via Skype from Damascus and asked to be identified by his first name only, for security reasons.

Reem, a 32-year-old journalist, said she never trusted state media, seeing it as a mouthpiece of Assad’s inner circle, but the TV confessions were a new low.

« If they were actually criminals, they should be sent to courts, not to a TV studio, » she said.

« The confessions can be pretty funny, » the producer said. « They are clearly illogical. »

« Our editors would ask us to think up stories that will be believable. For example, if we had a man who was from a certain city, we would tell him to talk about specific streets or confess to a crime committed recently in that city, » she said.

« There were some confessors who seem to have signs of torture but I did not ask too many questions, » she said.

In late April, pro-government news channel « Addounia » aired what it said was a confession by « terrorist » Ali Othman, who activists say was arrested in March after he helped foreign journalists escape from the besieged city of Homs.

The interview, which was over an hour long, was publicised a few days beforehand.

In the teaser, the Addounia interviewer walks through dark corridors as tense music plays. He creaks open a metal-barred door and walks inside a prison cell, where Ali Othman sits with his head in his hands.

Othman rises and the next shot shows him sitting opposite the presenter, both spotlighted in a dark room.

« Stay tuned… Inside Baba Amr, » words on the screen read, referring to the district in Homs that was heavily shelled by the Syrian government because it was supposedly swarming with « armed terrorists. »

In the interview, Othman said that people attending anti-Assad protests pretended to be peaceful but had hidden guns under their jackets to attack security members.

He also described running a media centre in Baba Amr, smuggling foreign journalists in and out of the country and organising dissident protesters.

Fellow activists said the interview was conducted under duress and Britain’s Foreign Secretary William Hague said in a statement just after Othman was arrested that there were reports that he had been tortured.

Suriya’s ex-producer said that many who confessed appeared afraid.

« I sometimes used to wonder why Suriya wanted people to make these confessions, » she said.

« My managing editor once told us that the goal is to show people that the government is in control and also so that parents see what happens if they let their children oppose the government. »

Aisha, a 42-year-old housewife who comes from the same minority Alawite sect as President Assad, said that although she does not trust the confessions, she knows they have a use.

« I watch the confessions in front of my children and try to convince them that they are real because I want them to be scared of what will happen if they look for trouble, » she said.