He was imprisoned and tortured by Syrian regime forces and Isil. His mother died when their home was hit by a barrel bomb, and he finally had to flee his beloved city when rebels could no longer hold out against Assad’s troops.

At 25, Karam Al-Masri has seen more death and destruction than most people could ever imagine. But there is just one thing the Syrian photographer wants to do now, he told the Telegraph from his current exile in Paris: « I want to get back in the field. »

Karam had never planned to become a photographer, but his pictures of the horrors that took place in his hometown of Aleppohave made the front pages of newspapers across the world and he has won several photography awards.

He was a second-year law student when the Western-backed Free Syrian Army rebels took control of half of his city, which was then the country’s biggest and its economic capital, in 2012. 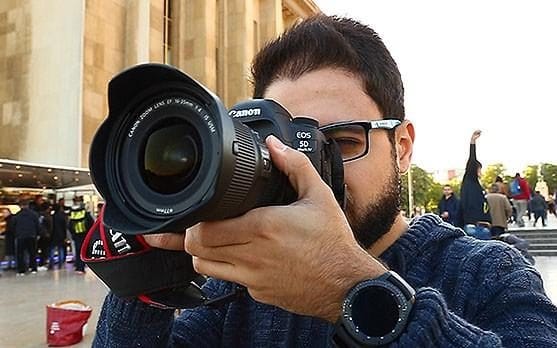 Al-Kalleseh says he was taught at « the school of revolution »