The ‘cosmic conspiracy’ against the Syrian people and not the regime 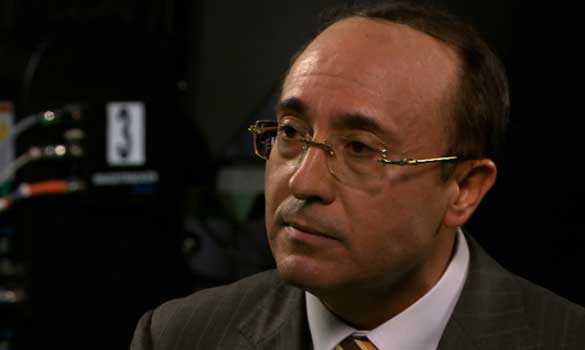 There is no doubt that before the regime waged war on the revolution, it got the blessings of its foreign allies, beginning with Russia and Iran, and perhaps even Israel, America, and the West in general, and of course the Arabs. The regime would not have acted the way it did without getting the international green light, as there are no interests to be gained for many in the East and West, or even the Arabs, in the success of the Syrian revolution, and each party has its own reasons and justifications.

It is certainly not in Russia’s best interest to lost its only Arab ally in such a significant strategic area, like Syria, and there is no doubt that when the Syrian president contacted the Russian authorities before giving his « historical » speech to thwart the revolution, he must have received immediate approval, without the slightest bit of hesitation. There is also no doubt that the Iranians, who must approve everything in Syria before it happens, also supported the Syrian president when he consulted with them about nipping the revolution in the bud. There is no way that Iran can allow a revolution in Syria to occur as it will kill its dreams of establishing an empire and it will lose its strongest tool and agent in the region, i.e. the Syrian regime.

Forget about the lies about Israel, America, and the West conspiring against the regime by inciting the Syrians against it. There is no doubt that there is an Israeli, and perhaps an American interest in exhausting and weakening the Syrian regime, but they do not want the Syrian revolution to succeed and for Syria to be a civil democratic state controlled by the Syrian people, and for it to be an example to be followed in the area on Israel’s borders. Therefore, there is no doubt that America, Israel, and the Western forces blessed the act of the Syrian army taking to the streets as, by doing so, they killed two birds with one stone. First, they wanted to exhaust the Syrian army, and secondly, they wanted to put an end to the Syrian revolution’s expansion, and since politics is the art of what is possible, the regime found that it was better off eliminating the revolution and becoming weak than being trampled on by the revolutionaries.

There is also no doubt that many of the Arab countries blessed the thwarting of the revolution at the hands of the regime, even if some pretended to support the revolution under pressure from the people. There is no interest at all for many Arabs in the success of the Syrian revolution and for it to be a beacon of hope for the rest of the nations. Therefore, many Arab governments gave Al-Assad’s regime the green light to end the revolution from the time of his first speech. Many of the Arabs wanted the Syrian revolution to be a catastrophic and painful lesson to any Arab nation thinking of starting its own revolution in the future. There is no doubt that many Arabs supported the regime in hitting the revolution in its early days, except for those saved by the grace of God, and there was a huge difference in the Arab discourse, between the media and reality.

The international community could not have let any dispute escalate to this disastrous level that the Syrian dispute has reached, and allow the regime to use all types of weapons, if the actions carried out by the regime weren’t given an international cover and the green light to do so. Never in the history of the world has the entire world turned a blind eye and protected a tyrant like Bashar Al-Assad, allowing him to become the most expensive tyrant in history in terms of the expense paid by the Syrian people to rid themselves of him; such a cost has never been paid by any other nation in the world.

Hence, the problem of the Syrian people is not only limited to a problem with the regime since the beginning of the revolution, rather, it is a problem with the dozens of parties who blessed and participated in pushing the situation this far. The Syrians have a problem with these parties who are taking advantage of the regime to pass their projects and achieve their interests in Syria, including Russia, Iran, and their allies. The Syrians’ problem is with the regional countries that participated in the destruction of Syria and did not want there to be a democracy established on their borders that would pose political, economic, and civilizational competition.

The Syrians’ problem is with the Arabs who are happy with what is going on in Syria so it can be a bitter lesson for their people.

We must admit that all the Syrians, including the people, regime and opposition, are being viewed by all the parties has having the blood of the Syrians on their hands, as mere tools, nothing more, nothing less. Therefore I believe it is wrong to attack one party for what is going on in Syria; the story is bigger than this. There is an international, regional, and even Arab blessing for what is going on.

However, this definitely does not mean that the regime has won and achieved its goals, as it is now more like a hit man; neither the parties who put it in the position to shed the blood of the Syrians and have allowed the regime to survive, nor the Syrian people will forgive the regime. It is no wonder that every time the regime felt the heat of the situation, it would threaten its employers, especially the Iranians that they put the regime in the situation, and therefore must protect the regime. This is what they did and what they continue to do until today.