Many never make it across the world’s deadliest border. Yet, so far this year, more than 480,000 migrants crossing the Mediterranean Sea have fled conflict in Northern Africa and the Middle East with hopes for a new, safer life in Europe. Those who survive the perilous journey become one of the tens of thousands desperately knocking on Europe’s door.

It is difficult, if not impossible, for the rest of the world to understand the immensity and profoundly personal nature of this crisis. The numbers do not speak the way people do. Each statistic is someone’s story, and these stories surround us.

Faisal Roukbi is a student at the George Washington University. He is a college junior, an honors student, an International Affairs major, and a Syrian. He has not been back since 2011, and today, it is unclear whether or not there will be a Syria to which he can someday return.

As a child, Faisal lived with his family in the Syrian town of Hama. In 1982, it was the site of a massacre that would forever leave a mark on the town and its people. In an effort to quell the uprising of the Muslim Brotherhood in the region, the government killed between 10,000 and 20,000 Syrians when the city was placed under siege for several days.

This tragedy formed the backdrop of the lives of Faisal and his family.

His grandfather, after whom he is named, founded a major secular political party in opposition to the Assad regime and was elected to the Syrian parliament before its dissolution. Like many dissidents in Syria, as a result of his vocal opposition to Assad, Faisal’s grandfather spent many years of his life on the run. When he was found, he endured jail and torture.

“That is what they do best,” Faisal explains, speaking of the government. “At the end of the day, they are a police state. Violence and torture are their ways of telling people to be quiet.”

Faisal was sent to school in Dubai and spent his summers with friends and family in Hama. “[It was] where I could escape and disconnect from the world,” he recounts.

Faisal stopped returning home just before the country erupted into the civil war that has since displaced 4 million Syrians who represent over half of the refugees currently attempting to secure access into Europe.

Reflecting on the civil war and resulting humanitarian crisis, Faisal says, “Now there is an innocent group of people stuck in the middle of a broken country– people who have nothing to do with its problems.” He describes his past home as “a dead zone” devoid of institutions, infrastructure, and in many places the basic conditions necessary for survival.

While Faisal’s parents left Syria for the safety of Dubai, his grandparents remained in Hama.

For the less fortunate, each day is a question of survival. As a result, thousands of desperate Syrians are braving the dangerous passage across the Mediterranean. When asked to consider the reasons why so many have opted for the Mediterranean route, Faisal responds, “There is a saying in Syria that ‘no one puts their child on a boat unless the water is safer than the land.’”

This has become the reality. 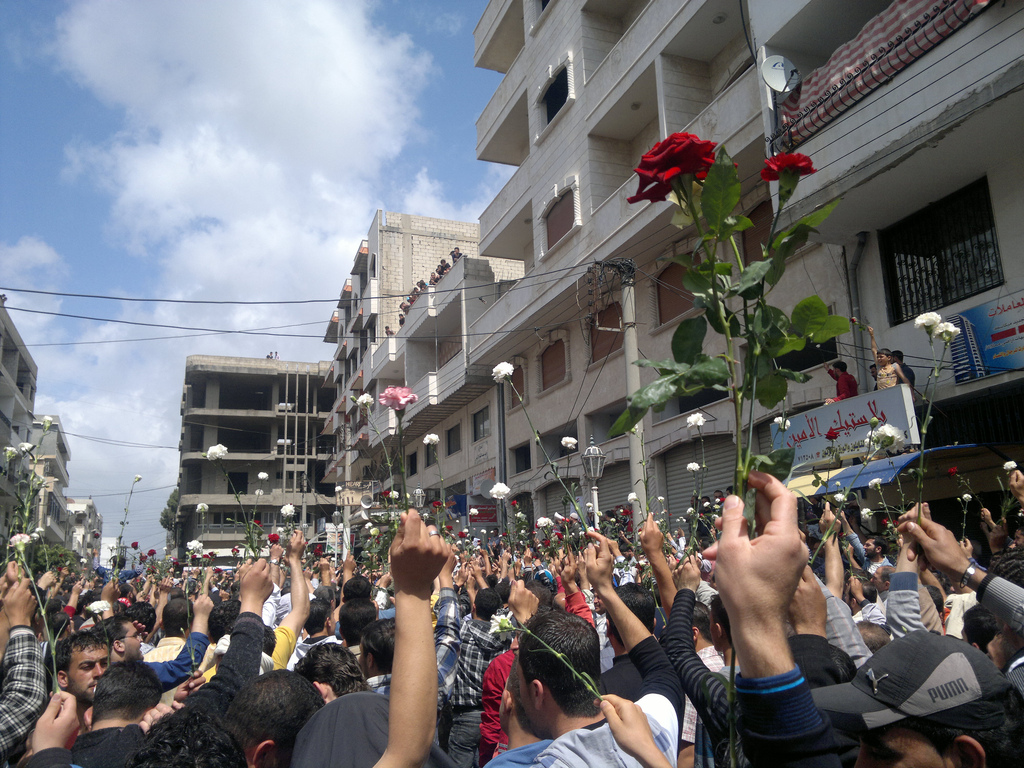 “I am one of the lucky few,” he reminds us. “I have no idea what sort of hell my fellow Syrians are going through. I count my blessings everyday because there are thousands who have seen the only homes that they have ever known ripped away from them. Everything these people have worked for, all their dreams and ambitions have been crushed.”

According to Faisal, “this generation–our generation– has a huge responsibility” to stay informed, as citizens of an increasingly interconnected world. We have an obligation to see beyond the statistics and to the faces behind them. If we seek to understand this crisis, we must listen to the stories and recognize those who tell them. If we don’t, then the struggles and suffering of thousands remain abstract, and this humanitarian crisis loses its humanity.