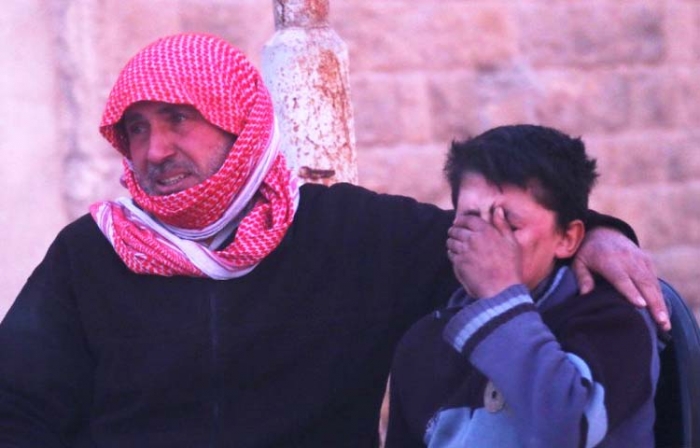 Anti-ISIS forces target city with seven air strikes resulting in the death and injury of a number of civilians, claim activists

The US-led international coalition forces targeted the city of Minbij in the eastern countryside of Aleppo on Tuesday, leading to the death and injury of several civilians.

The city was targeted with seven air strikes, one of them on buildings and shops in front of al-Bakkar School beside the Islamic court, resulting in a number of civilian casualties and the injury of dozens more.

Another raid targeted the city mill and the cultural center, striking a car full of gas cylinders parked in the neighborhood and causing a massive explosion, according to local activists.

The explosion was followed by another near an ammunition depot, leading to its destruction. Dozens of Islamic State (ISIS) militants were reported killed or wounded in the attack.

Last September, coalition aircraft targeted Itihad University, which also housed a prison where dozens of detainees were being held by ISIS.