Whitewashing Assad and his allies must be challenged – by Malak Chabkoun

When we leave whitewashers to continue their campaigns unchecked, we put our own voices at risk of being marginalised.

In the past few months, three Western women have gone to Syria, two of them by invitation and the third on a regime-approved reporting trip. The first two are now on « speaking tours » to explain « what’s really happening in Syria » to the Western public. The third one, however, was kicked out of Syria by the Bashar al-Assad regime. Her crime? « Untrue reporting » in the form of sharing tweets containing photos and witness accounts from people in besieged Eastern Aleppo, because the regime wouldn’t give her or the other journalists with her access to that part of the city.

The three women are Eva Bartlett, Vanessa Beeley and Cecilia Udden. Udden is the one who was removed from Syria by the Assad regime for her willingness to at least acknowledge the suffering of eastern Aleppo’s citizens.

The first two of these women, however, call themselves independent journalists, yet post gushing photos of themselves posing with Bashar al-Assad on social media, appear on Russian state television to peddle the Assad regime’s lines and travel across the United States to accuse anyone opposing Assad of being an al-Qaeda sympathiser. 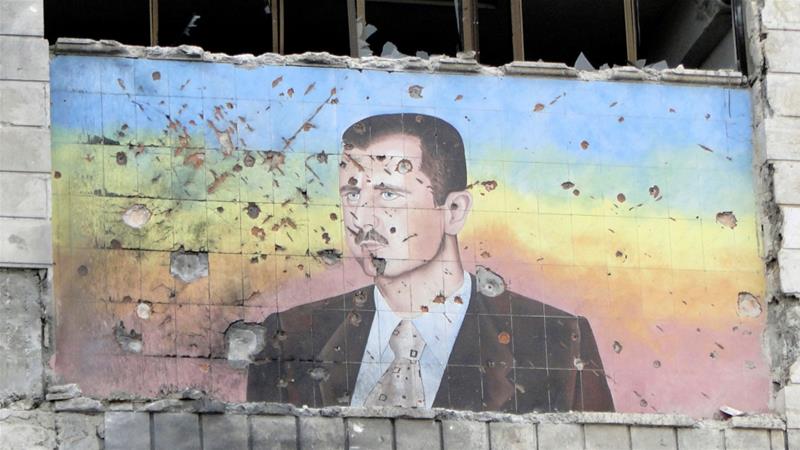 Channel 4, Snopes, EA Worldview and Pulse Media and others have done thorough fact-checking debunking Bartlett in particular. There is no need to rehash their findings.

But there is a great need to address why people like Bartlett are problematic, particularly because it’s not just her – Robert Fisk, Tim Anderson and pro-Palestinian « activists » such as Rania Khalek have all joined in on the whitewashing.

The problem with these regime apologists is that they claim to be journalists or academics or both – independent ones at that. Covering both sides of a story is one thing. Acquiescing to the narratives of three states wreaking havoc on civilians across Syria while doing so is another.

A genocide-denying regime and its allies cannot be given the benefit of the doubt, and those publicly defending such a regime are not journalists and must not be left unchallenged.

How many ways can I whitewash thee?

The regime and its allies’ crimes in Syria have been whitewashed in several ways by journalists and academics alike. Bartlett, Beeley, Fisk and Khalek, for example, repeat the regime’s propaganda almost verbatim, claiming that what’s happening in Syria is a war against terrorists.

Others argue that Assad is bad but that they see no other alternative to his regime.

OPINION: And who are we to say the Syrian revolution is dead?

Others have argued any Western intervention for regime change in Syria would only cause further loss of life, so it must be avoided. There are those who admit and extensively cover the crimes of the Assad regime, yet give the regime a platform to spread lies.

Still others say it doesn’t matter who is doing the killing in Syria – it just needs to stop.

All of these arguments are problematic for three reasons: they deny the presence of the Syrian narrative, place the « burden of proof » on the victims of war crimes being committed by three different states, and remove all nuance from analysis on Syria.

Idealism is nice on paper

It is indeed imperative for killing in Syria to stop. Yes, anyone who has taken innocent souls, regardless of « whose side they’re on », must be brought to account. However, any international conversation to stop killing in Syria must first plainly identify those who are committing the majority of these crimes.

For six years now, even the United Nations, which itself is guilty of being biased towards the regime in more ways than one, cannot but admit that the biggest criminals in Syria are the regime and its allies.

OPINION: Aleppans to Idlib – Out of the frying pan into the fire

Most importantly, Syrians, at great personal risk, have documented the crimes of not only the regime and its allies, but also of groups in the Islamic State of Iraq and the Levant and Jabhat Fateh el-Sham category, for nearly six years now.

Yet, two white women, in one swoop, would like to claim that Syrians in Aleppo are lying about the destroyed eastern part of the city and that the Assad regime, Russia and Iran are bombing civilian areas because they just want a terrorist-free Syria.

Inside Story: A war crimes investigation in Syria – but will anyone be charged? (24:40)Terminology matters

Nuance in analysing Syria has been and continues to be a problem across pro-regime, opposition and even « neutral » media. This has been particularly evident as the world suddenly woke up to the fact that something bad was indeed happening in the country only in the past few weeks as eastern Aleppo made headlines.

But claiming those who support or reject the revolution do so based on a « flawed sectarianism » and « geopolitical commitments » is unhelpful and uses terminology that is not only inflammatory but also inaccurate.

Other cases of sloppy terminology have been more subtle. ISIL, Jabhat Fateh el-Sham and Jund al-Aqsa are often called rebels, even though Syrians in areas outside regime control are themselves victims of these groups and have protested their presence.

While Daraya, Moadamieh, Aleppo and other cities were being cleansed of their inhabitants, many media outlets called it evacuation rather than forced displacement.

These are small examples, but they help whitewashers to discredit even the most solid evidence that the Assad regime and its allies have been at the forefront of committing atrocities in Syria for years now.

Leaving whitewashers unchallenged says more about us than about them. It indicates that we are either not willing or unable to seek out truth. When we leave whitewashers to continue their campaigns unchecked, we put our own voices at risk of being marginalised in the very same way when it is our turn to speak.