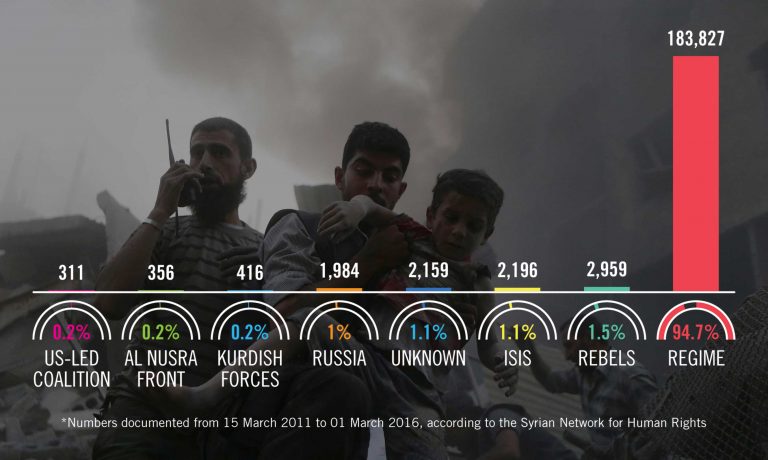 “It’s complicated”. This is often how Syria is described and these words paint a picture of mass killing on all sides. If we look at media headlines we assume that ISIS is behind the violence.

So five years into the killing we have looked at the data on who is killing who. The truth is different – and shocking. The vast majority of Syrian civilians killed – 95% according to human rights groups – have been killed by the government of Bashar Al-Assad.

This matters as we enter peace talks for Syria. All efforts at stopping the violence will fail unless we understand where it is coming from. The story of the data is unarguable – if we want to stop the killing of civilians in Syria we have to address the brutality of the government of Bashar Al-Assad.

Have a look at the data from the Syrian Network for Human Rights: