Why Shakespeare fits with Syria tragedy 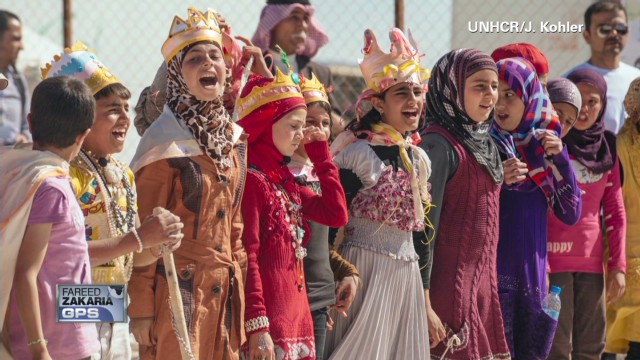 This month marks William Shakespeare’s 450th birthday, and people around the world are celebrating – from Stratfordians to Syrians.

Yes, Syrians. One hundred Syrian children have just performed an adaptation of King Lear…in one of the world’s largest refugee camps. Located in Jordan, the Zaatari camp is home to over 100,000 Syrian refugees, over half of whom are under the age of 18.

Many of the children are not educated and have never read or seen any of Shakespeare’s work. But they are no strangers, of course, to the tragedy of the human condition. And this particular play – a story of exile, a ruler losing grip with reality, a land divided by rival groups, a tale of human cruelty – seems especially relevant.

While a refugee camp may seem like the unlikeliest of places to discover Shakespeare, the playwright himself might not have thought so. After all, mentioning faraway places was common in his plays. In both Macbeth and Othello, in fact, Shakespeare mentions the Syrian city of Aleppo. Another reminder that Syria is one of the oldest centers of human civilization – which makes the current violence there seem even more tragic.